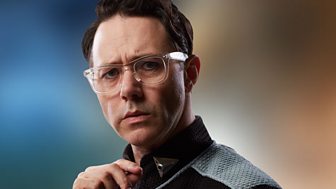 Gagan Rassmussen was the scientist that designed and developed the Morpheus process, built into pods to do away with the need for sleep in humans. Rassmussen’s fate is difficult to corroborate with the available visual data, as much of this is unreliable. At some point in the development of the project aboard Le Verrier station, it was discovered that the Morpheus process was responsible for the evolution of sentient sleep dust, which after a degree of exposure, consumed its hosts and conglomerated as lumbering lifeforms known as the Sandmen. This was the fate of the entire crew of Le Verrier station. Rassmussen himself seemingly escaped immediate death when he was found alive by a rescue crew from Triton, although in their attempt to escape the station, Rassmussen appeared to be killed by the advancing Sandmen.

You must not watch this

As the rescue crew moved through the station with the Doctor’s assistance, it was discovered that Rassmussen had faked his death to give him time to move a sleep pod containing the longest known user of Morpheus – now a King Sandman – to the rescue ship in the hope of spreading the dust like spores and infecting millions beyond the station. Shooting Rassmussen and ensuring the destruction of the station, the Doctor, Clara and Nagata prevented this and escaped vowing to dismantle all remaining Morpheus pods on Triton.

However, through intelligence later received, Rassmussen would prove to still be alive in some form as an agent of the Sandmen. In the visual recordings transmitted before the stations destruction, Rassmussen embedded the Morpheus process – an electronic signal that affects the sleep centres of the brain – in an attempt to infect anyone who watched it without the need for a sleep pod.

As Rassmussen was responsible for the editing of all visual data relating to this incident, the accuracy of this report should be treated with caution and any attempt to watch the original recordings obtained from Le Verrier station should be avoided at all costs. 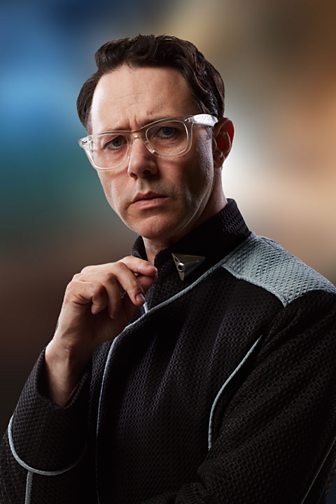