The High Priestess of the Sisterhood of Karn: a female society that some say is as powerful and mysterious as the Time Lords... They protect the Sacred Flame, which produces the Elixir of Life. 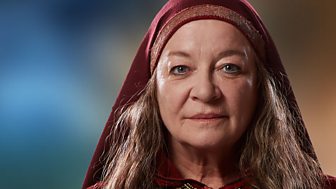 The Doctor and Ohila have known each other for a long time; friends may be too strong of a word, but the Doctor is aware that Ohila and the Sisterhood can be called upon during his hour of need.

At the end of everything, you must expect the company of immortals

Ohila has assisted the Doctor in the past. When the Eighth Doctor crash landed on Karn he was badly injured but with her help, he was able to regenerate and became the War Doctor.

And when the Doctor realised that he was about to confront his greatest foe in Davros, a confrontation that he may not survive, he called on Ohila and the Sisterhood, once again. Not only did they keep him hidden when he needed to be, but Ohila was also instrumental in getting the Doctor’s last will and testament, a Time Lord Confession Dial, to Missy…

With the Doctor returned to Gallifrey at the end of the universe after four billion years trapped within his own confession dial, Ohila and the Sisterhood interrupted the Time Lord High Council to bear witness to his homecoming. Ohila expressed her concern at the Doctor’s increasingly dictatorial and irrational behaviour, first in exiling Rassilon and then later, at his desperate attempts to reverse Clara’s death. Ohila’s warnings were well placed when both the Doctor and Clara realised that in his efforts to save her, together they were about to become responsible for the very devastation that the prophecy of the Hybrid had warned of. 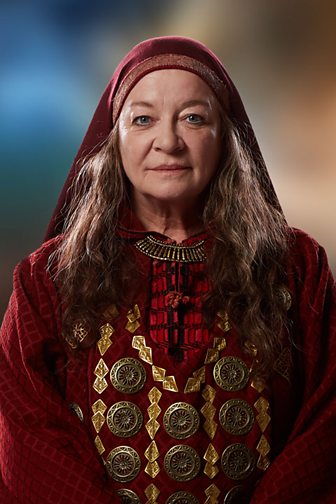