A little bit about MistaJam 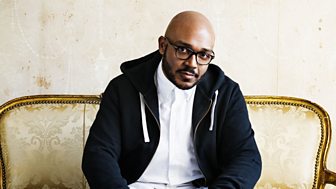 Where were you born?

Your favourite hobby and/or present as a kid

How you got into being a DJ/presenter

I've always been into music and started DJing seriously at 14 when I joined a youth sound system. Then ended up DJing for local crew Out Da Ville. I started teaching DJ skills and sound engineering at a local recording studio and managed to blag my way onto a community station. By chance, hooked up with Joe Buhdha and we've been running our company putting on our own events such as the UK Takeover series of events and through those, was invited to pilot on 1Xtra.

Within the music business, it has to be Russell Simmons. He turned a way of life into a viable way of earning money with little compromise. In DJing, any DJ who really knows what they're doing, rocks the crowd and varies the music. In radio, the whole 1Xtra roster (I like to steal a little bit from everyone!). In life, my parents. They haven't had it easy throughout their lives but they've always been there for me. Something not many people my age can say unfortunately.

Other than the acting work (managing to do something in each acting discipline by the age of 20), and achieving my dream of getting a national radio show I'd say a real key achievement for me has been the UK Takeover events I've done with my SureShot Crew. We've taken it from a small idea to become the heaviest British hip hop event in the country.

Key tune that you love or inspired you

I'm an 80s baby so I've got two tracks: Barrington Levy's Here I Come and Nu Shooz I Can't Wait. The Nu Shooz was the first record I bought and the Barrington Levy reminds me of my childhood and that Fisher Price record player!

My favourite lyrics vary by mood. Right now, the one that's popping in my head is from Biggie's One More Chance remix. It was the lyric I used to recite to girls at school when I was trying to get a little lovin'. It never worked...

Your dream gig or collaboration

A Live 8 type gig with lots of my favourite artists (and me!)

Right now, I'm really into sleep! I also like reading and eating. That's all I really get time for.

Three rules you live your life by

1. Live each day like it's your last.
2. Treat others as you'd like to be treated.
3. What goes around, comes around.

If you ran the country what would you change/initiate?

I'd reform the NHS. Right now, the waiting lists are far too long.

Saying no. I need to say no more.

A pair of white on white trainers. A heap of cash. Too small but I ain't giving them to anyone. They're rare and will probably hit eBay in a few months!

If you weren't a DJ / Presenter, what would you be? 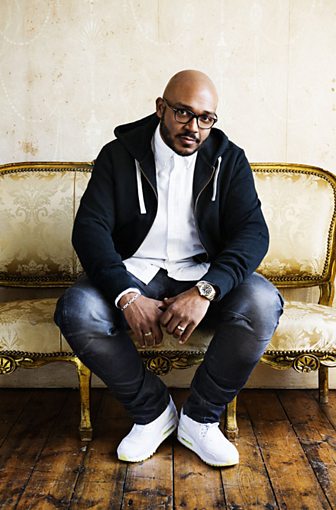