BBC One
Your Home In Their Hands
Main content

Graham's style is modern eclectic British, and is influenced by fashion and graphic design. 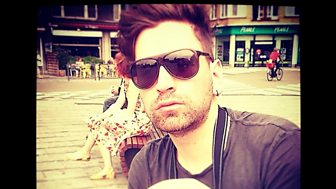 I love Vivienne Westwood. She is the epitome of British style and has tipped tradition on its head to create many iconic looks. She often looks into the past to create things that are incredibly modern and trailblazing and I’d like to think I do that with my own interior style.

2. If you had an unlimited budget to spend on your home what improvements would you make?

I love the style of my home own so wouldn’t improve on the aesthetic side of things. I would certainly like to knock down a few walls to create a more open plan, free flowing space with room for a studio where I could get creative and work on all of my different projects without feeling closed in.

3. Would you have the room you created in your own home?

I absolutely would have the room I created in my own home. The process of designing this room actually gave me some food for thought on things that I would like to change in my own space. My room was created to be a canvas for the homeowner’s own, beautiful items so could serve as a backdrop for anyone in any type of home.

4. What did you learn from taking part in ‘Your Home In Their Hands’?

I learned to be true to myself and not compromise my vision. I had gone into the project with an open mind, fully intending to give the other designer an opportunity and not ride roughshod over their ideas. That didn’t quite work out when I was met with someone who was not willing to do the same!

5. What is your golden rule when it comes to interior design?

Edit your stuff and display it well. Too often we have things locked away in attics or cupboards that can be a beautiful or interesting addition to a room. If you don’t need it, bin it. If you love it, show it.

6. What is your DIY tool that you just can’t live without?

My partner so I can point out all the jobs I don’t like to do and know they will get done.

7. What is your biggest DIY achievement?

I’m really proud of my kitchen. We reclaimed a number of pieces from an old school such as lights and counter tops. We used off the shelf kitchen units so the addition of these unique pieces has really given the room a great look.

I had an odd shaped ceiling in my home and though the best way to fix it would be to add a suspended ceiling. I left the tradesman to do the job while I was at work. When I returned home, the ceiling was complete but was so low, I felt claustrophobic in the room. I paid £300 to have the ceiling put in and then another £150 later that same day to have it taken back out!

9. If you could design a room in any building in the world, what room would you design and why?

It might seem like a boring suggestion to most people but I’d really like to design a school canteen/dining room. I work in a school so I am constantly looking at rooms that could be transformed into more exciting environments for students with just a couple of innovative design ideas. I don’t think schools these days create spaces where children can learn to enjoy food and appreciate the surroundings in which they eat. 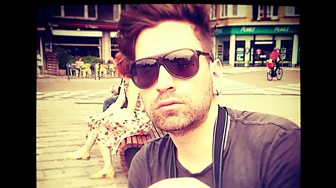