Tommy is a strong, honest man, innocent of the crime that sent him here. He knows all of Freeman's weaknesses but would do anything for him. Barrett has a wife at home, but has fallen in love with Elizabeth and wants to start a new life with her. Tommy has a strength and charisma that make him someone the convicts look to as a leader. 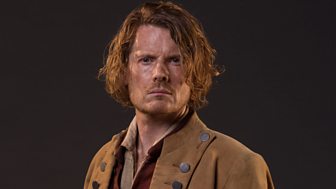 "Tommy is a man with a chequered background. Fundamentally, he has a steely sense of pride and a simple but clear ethical framework within which he lives. We all developed back stories for our characters and for my part, Tommy was a skilled gambler and once worked on the boats in the Thames Estuary. I've imagined that he probably did something heart-warming and noble like take the blame for his unreliable brother who was cheating at cards. Back then you could be sent over to the colonies for a crime as small as stealing a wallet or indeed cheating at cards. He’s a man who by virtue of his personality, character and a certain charisma, finds himself in a position of influence in this benighted community."

Julian Rhind-Tutt is most recognised for his role as Dr “Mac” Macartney in the comedy television series Green Wing. Born in London Rhind-Tutt started acting from a young age and appeared in many of his school productions. After reading English and Theatre Studies at university he attended the Central School of Speech and Drama where he won and was the recipient of the 1992 Carleton Hobbs Award for BBC Radio Drama.

Sometime after this he had his first big acting break playing the Duke of York in The Madness of King George which was followed by a succession of smaller television and film roles in productions as Smack the Pony, Absolutely Fabulous, Les Miserables and Notting Hill also starring Julia Roberts and Hugh Grant. He also appeared in the cult American show Keen Eddie as Inspector Monty Pippin and has appeared in over 50 radio productions. 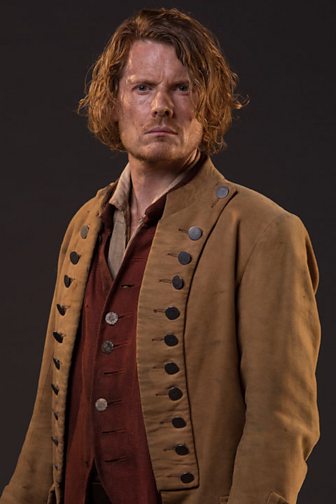