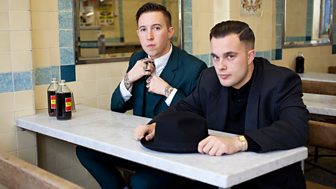 Slaves' Isaac Holman and Laurie Vincent are not afraid of hard graft. They might now be signed to a major label and appearing on the 2015 NME Awards tour, but they earned their chops dragging themselves around the dingy venues of the British toilet circuit, booking their own tours after sending hundreds of emails every night, then heading out onto the road.

Like this year’s breakout rock band, Royal Blood, Slaves are a duo. And like the Brighton band they make a lot of noise for just two people.

Precision targeted at the mosh pit, their music is a mixture of rockabilly and tight, un-scruffy grunge, combining the forthright hooks of The Jam with the cadence of British geezer hip hop.

Vincent says that their songs, few of which exceed three minutes, are deliberately sparse "I don't think you should be afraid to just be really simple". This directness extends to Slaves' lyrics, too.

"The more we do it the more we realise that our band is based around the mundane," says Holman. "People mistake it for political, but it's not, its social observation and personal. It’s all about what you can do with yourself."

Slaves: From the Uploader to Later

Follow the story of Slaves from the BBC Introducing Uploader to conquering Later... with Jools Holland 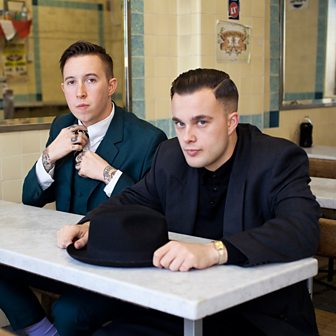