A native of the planet Tivoli, the most conquered planet in the galaxy, Prentis was a funeral director tasked with burying the Fisher King. The only problem being, the Fisher King wasn’t dead yet! 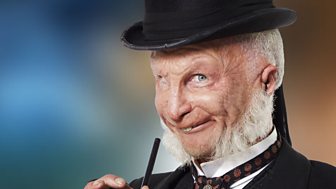 As a Tivolian, Albar Prentis took delight in being subjugated by superior species. Liberated by the Arcateenians from enslavement by the Fisher King for ten years, the Tivolians had soon irritated their new friends so much, that they came to enslave them too!

If you wished, you could enslave me…

The Doctor encountered Prentis and his space hearse in the year 1980, in a military town in Scotland. Prentis was in the process of burying the body of the former oppressor of his home planet, the Fisher King, on “a barren savage outpost” (i.e. the Earth) when he was surprised by the arrival of the Doctor, Bennett and O’Donnell. The group were even more surprised – clearly it was the ghost of Prentis which had started attacking the crew of The Drum in the future and his space hearse that had been brought on board and been the source of the alien distress signal. Yet Prentis knew nothing about the message.

Unfortunately for Prentis, as O’Donnell put it, ‘…that dead body wasn’t so dead after all.’ The ‘corpse’ of the Fisher King rose again and after scratching his distress call into the hearse for Prentis to read, killed him. This made the Tivolian the first victim to become a ghost in 2119. 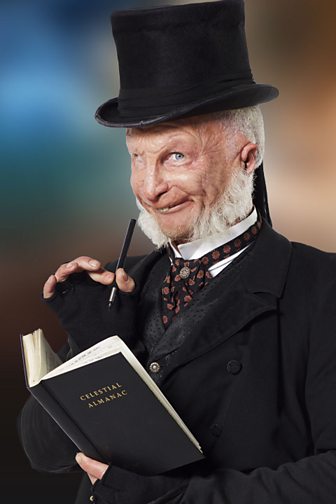