Barry Newbery studied at art school but after leaving full-time education found himself working as a labourer in London. A flurry of jobs followed - overseeing window displays, designing exhibitions – until he joined the BBC in the late 1950s. In 1963 he joined Verity Lambert’s team as a designer on the very first Doctor Who adventure, little knowing his relationship with the show would stretch over twenty years… 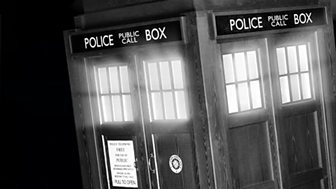 Newbery’s pre-Doctor Who production credits include episodes of The Last Man Out, a 1962 period drama starring Barry Letts. The following year he worked on the final three episodes of An Unearthly Child, designing the forest and caves where the Doctor and his companions faced the tribe of Gum. He returned to the series shortly after for Marco Polo and then designed the wonderful sets that contribute to credibility and sense of place delivered in The Aztecs.

The speed of television production on a series like Doctor Who was relentless and Newbery later recalled that he never had time to create 3-D models. He was interested in the practical and what would look good. What would shoot well. The fact he worked on over a dozen adventures serves as a testament to his success in those aims.

Newbery’s stand out work includes the Aztec gardens, Tombstone (for The Gunfighters) and Solon’s castle in The Brain of Morbius. What a magnificent set. Eerie, dramatic and a nod to the black and white Universal horror movies without ever sending them up, Solon’s lair is the perfect stage for one of the Doctor’s most entertaining confrontations. Newbery later recalled hitting on the idea to give the castle internal buttresses –a lovely touch that reminds the viewer the action is on another world, without ever jolting them into an unbelievable environment.

The range of projects Newbery was engaged on during his long career is staggering. Historical dramas including The Onedin Line, Prince Regent and The Shadow of the Tower jostle for attention on his CV alongside modern crime shows like Z Cars and The Expert and even much-loved sit-coms including Dad’s Army and Sykes. In 1979 Newbery scooped an RTS Television Award for his work on The Lost Boys and the following year he received a BAFTA nomination for Prince Regent.

Despite the rich variety of projects he lent his talents to, fans will always recall Barry Newbery as the man who helped create ancient temples and creepy castles. He spoke fondly of his time on Doctor Who, occasionally delighting fans with a fund of anecdotes about Doctors he had known and the days he dreamt up alien worlds. He died in February, 2015, aged 88. 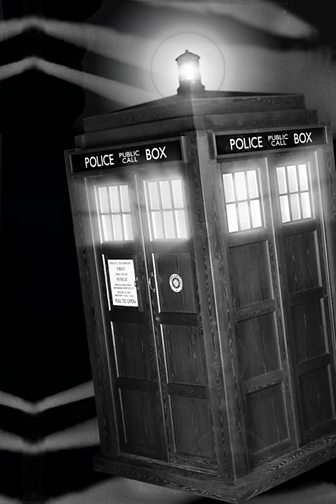