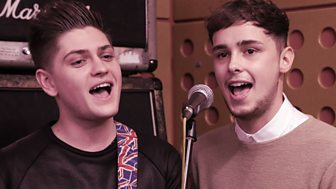 Joe Woolford and Jake Shakeshaft, who will be representing the UK at the 2016 Eurovision Song Contest with 'You're Not Alone', met during the 2015 series of The Voice UK.

Jake was part of team will.i.am and reached the knockout stage, whereas Joe was a finalist for Rita Ora’s team. Jake aged 20 is from Stoke-on-Trent, whilst Joe aged 21 is from Ruthin, Wales. Since the show the two became firm friends and decided to pair up in order to enter Eurovision: You Decide.

Joe said, "if we can represent Great Britain, that’s massive for us. Singing You’re Not Alone, we’re trying to get the message across that we are together and unified as an act. We’re very similar and the more time we spend with each other the more we get on."

On their friendship Jake says "Joe is genuine, generous…. he’ll put anyone else before himself, and he’s funny."

While Joe says "Jake is driven, genuine and honest. If I mess up he’ll tell me straight! The Voice experience brought us together as friends and we’re looking at our careers differently now we’re working with one another." 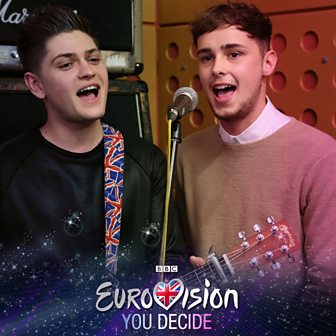