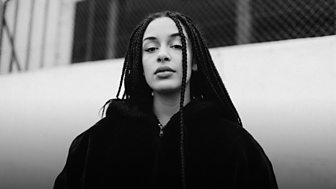 Jorja Smith was working at Starbucks when she posted her first single, Blue Lights, onto SoundCloud this January.

Sombre and introspective, the song is a semi-autobiographical look at her childhood in Walsall in the West Midlands – referencing the number four bus she used to catch home, and the Mobb Deep song Shook One, which she used to mime in her bedroom.

Within a week, it had racked up 100,000 plays, earning shout outs from Drake, Stormzy and Skrillex. She brewed her last coffee soon afterwards.

Smith grew up around music: her father played in a band, Second Naicha; she was a chorister at school and wrote her first song, Life Is A Path Worth Taking, at the age of 11.

Studying music at A Level gave her an appreciation for classical composers which led to her repurposing Henry Purcell’s A Prince of Glorious Race Descended for her follow-up single, A Prince.

A true self-starter, Smith creates most of her own artwork and filmed the video for her single Where Did I Go? on the staircase of her aunt’s house. Like several artists on this year’s Sound Of list, she has rejected advances from major record labels and chosen to release music independently.

Her drowsy, introspective soul recalls the sounds of Lauryn Hill and Prince; winning her a support slot with Sound of 2016 finalist NAO, as well as regular plays on 1Xtra and Radio 1, where she recently recorded a piano session for Huw Stephens.

Just 11 months after posting that first track, the 19-year-old has already sold out her first UK headline tour. Her plans for 2017? “Playing more, writing more and letting people hear more”. 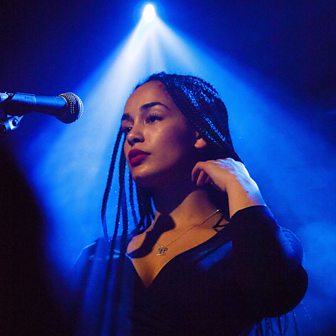