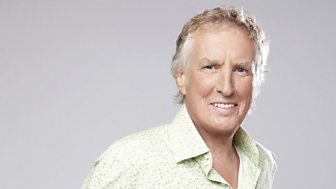 Johnnie Walker made his name in the 60s with the pirate ship Radio Caroline. His night-time show was essential listening for 86% of the night-time audience, which increased to over 20 million Europe-wide on the night of 14 August 1967, as Walker and 'Caroline' continued in defiance of Government legislation which silenced all the others.

During his first seven-year period with Radio 1 from 1969 to 1976, Johnnie Walker established a reputation as a DJ who accorded more importance to the records he played than the chat in between. On his lunchtime show, he pioneered new names like Steve Harley, Lou Reed, Fleetwood Mac, The Eagles, and Steely Dan. Pop The Question and the Tuesday Chart Rundown were other well remembered features of the show.

Johnnie was front page news when he described the Bay City Rollers as 'musical garbage', and his outspoken views and insistence on playing album tracks led to a showdown with his Radio 1 boss and a move to San Francisco in 1976. In California he recorded a weekly show which was broadcast on Radio Luxembourg.

Johnnie returned home in the early 80s, and following stints with ILR stations Radio West and Wiltshire Radio in the West Country, he returned to Radio 1 to present 'The Stereo Sequence'. Over 30 years of music fandom was then channelled into Radio 2's Drivetime show which he hosted until March 2006.

In April 2006 he began his Sunday show on Radio 2 reflecting spirituality. That same year he was awarded an MBE in the Queen's New Year's Honours List.

Johnnie can now be heard presenting Sound Of The 70s (Sundays, 3-5pm) and The Radio 2 Rock Show (Saturdays 8-9pm). 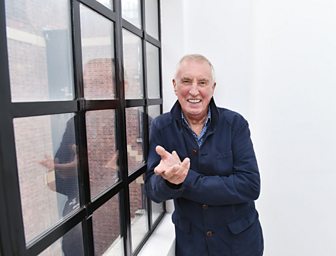