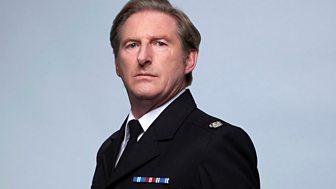 Ted Hastings is a very popular character with viewers. Why do you think that is and do you enjoy playing him?

I am absolutely thrilled to play Ted as a character. I think people like him because he’s got a good sense of right and wrong. He sometimes struggles with what’s the best thing to do, as ordinary people do, but also he’s quite decisive and he doesn’t suffer fools gladly. He’s also got a little bit of a sense of humour and, like a lot of people who on the surface appear to have it all together, his personal life isn’t that great. He’s flawed but he’s human and likeable.

Every series we seem to see another side to him. Is that the case for this series?

It is getting a little deeper this time. We’re not seeing any of his personal life but we are seeing his professional life put under a huge amount of pressure. He’s trying to balance out the fact that he’s very loyal to the concept of policing and law and order in general and he believes in it but his problem always is that people who are lower or even higher than him are miscreants.

I had a great time with Thandie, she’s so funny. I had a couple of mad nights out with her where we had a right laugh. Apart from the fact that the camera absolutely loves her, she’s a fabulous actress so we’ve done really well to get someone of her quality on the show.

Forensics is at the heart of this series of Line Of Duty, was that interesting to learn about?

People believe that forensics these days is the answer to everything and because we believe so ardently that forensics can lead us to the criminal we’re also a bit nonplussed when someone gets in there and manipulates forensics to their advantage. Also forensics can be interpreted in different ways, so it’s a complicated area and this series looks at it really cleverly.

You, Martin and Vicky are all close. Does that help when filming the scenes for AC-12 and was it nice to be together again in Belfast?

It was fantastic to be together again, we have a great time together and know each other very well and love each other. When you’re working with two actors who are as real as Vicky and Martin – you’re upping the ante all the time. It really is a pleasure to work with them, we have a great rapport.

You’ve played this role for four series now. Does it take you a while to get in to character or do you find that you’re Ted again as soon as you’re back on set?

It takes a couple of days to tell you the truth. There are gaps because it takes Jed a bit of time to write as he’s a busy guy so it can be a couple of years between filming. You hope you don’t put on too much weight and you’ll still fit in to the shirt. 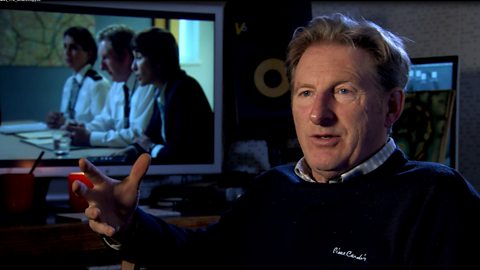 Adrian Dunbar explains how the writer has the power of life or death in his hands. 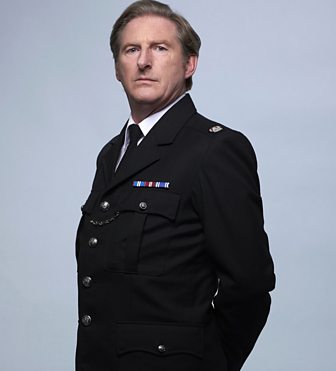