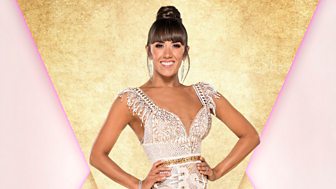 First joining Strictly in 2013, Janette was paired fashion designer Julien Macdonald, but the couple bowed out in Week Four. In 2014, she teamed up with EastEnders star Jake Wood and made it all the way to the Semi Final, thanks in part to a body-bending Salsa in Week Two.

2015 saw Janette partner with Peter Andre and make it all the way to Week 10 — they earned a respectable 31 points for their American Smooth, but an early exit during the Quickstep-a-thon sealed their fate. The following year didn’t fare as well for her though, as her pairing with Melvin Odoom in 2016 saw her cast out of the competition in Week One.

She lasted a little longer in 2017, finishing in tenth place with JLS member Aston Merrygold and returning in 2018 to lift the Christmas Glitterball trophy together. Her 2018 partner came in the form of doctor and presenter Dr Ranj Singh, and the duo made it to Week seven of the competition.

Janette’s favourite dances are the Rumba, which she loves incorporating contemporary moves into, and the more traditional Quickstep.

Janette was born in Miami, Florida and was a relative latecomer to the pro-dancing world. After attending Florida International University focusing on finance, she worked in a bank for seven years, whilst continuing her dance training in Ballroom, Ballet, Pointe, Jazz, Hip Hop, and Salsa.

At 24 she became a top eight finalist in the US version of So You Think You Can Dance. Since then Janette has worked on the Academy Awards, danced with Jennifer Lopez, been a principal dancer on Glee and performed in dance stage show Burn the Floor for three years.

If she could have one super power, she’d like to be invisible so that she can sneak around and see what’s really going on...

Janette loves interior design and her ideal day out is a trip to Ikea! 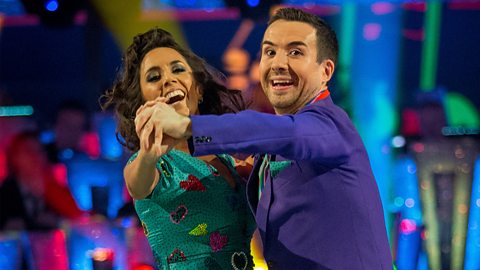 Will and Janette take to the floor in a bid to impress the judges. 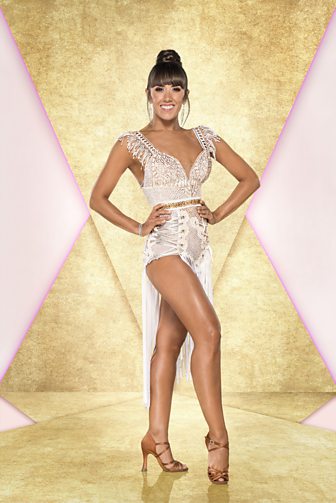