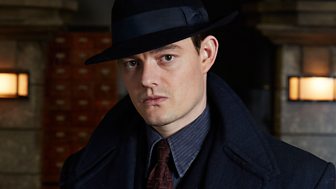 Can you please outline your character for us?

Archer is ambiguous. He has an important job and can speak German. He’s looked on favourably by the Germans. He’s a totem for them. Before the war, he caught a serial killer and got the nickname Archer of the Yard. But he is unsure about his role now.

He is not a Nazi, but neither is he willing to join The Resistance. He’s happy to keep his job. He thinks that there has to be law and order or things will fall apart. If he’s not there to do it, then who will? His neighbours see him picked up for work by the SS and are suspicious. I think that’s a really interesting place to start a drama.

He has a young son. It’s very easy for people who don’t have children to resist the Occupation. But once you have a child – which I do in real life – it makes you ask whether you’d stick your neck out, or whether you would make sure your children are safe and hope it all blows over.

Why else do you think Archer is an ambiguous character?

Because nothing is black-and-white in this situation. I played a member of the French Resistance once. To research that I watched a documentary called The Sorrow And The Pity about the Nazi Occupation of France. They banned it in France for many years because it went against the public perception that everyone in the Resistance was heroic, which wasn’t the case.

A lot of Europe at the time was anti-Semitic. And many people who were occupied thought that if the Germans weren’t going to upset their life, they didn’t want to rock the boat. So Archer starts out being cocky, and then the noose tightens and the pressure is ramped up. His journey should make for a very exciting watch.

Can you explain Archer’s relationship with Barbara?

She is a mysterious character. London has become a very drab town. With rationing, everyone is having to make do. Then this glamorous platinum blonde bombshell appears near the scene of the crime. She ingratiates herself with Archer, which he is not unhappy about.

What’s interesting about the relationship is that Archer is not sure what Barbara’s motives are – whether she has genuine affection for him, or whether she is linked with the Americans or Germans. 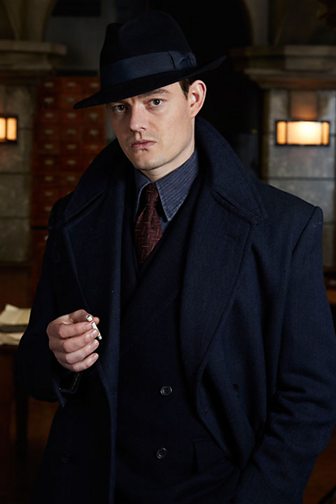