MacDonald is a young soldier who fell in love with Kitty on board ship, and has managed to make her his allocated woman. He loves her deeply. He is passionate, yet quite naïve in the power games that Ross plays against them. 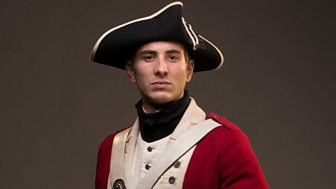 "Private MacDonald is a soldier from a working class background who’s been in the military since he was a young lad. He would’ve been the star in his family as he’s reached a position in society that’s deemed quite high - he’s done really well for himself. But as well as being a soldier he’s also a human being, and when the story begins he’s fallen in love with a female convict called Kitty on the ship over. This chance happenings sets up a conflict between MacDonald and his superior officer Major Ross."

Ryan Corr is an Australian actor who was born and raised in Melbourne. He started acting at the age of 13 and trained at the National Institute of Dramatic Art, graduating in 2009.

After graduating he appeared in a number of Australian television shows such as Neighbours and Blue Heelers but is best known for his role as Coby Jennings on the Australian drama series Packed to the Rafters. In 2011, he won the prestigious ‘Heath Ledger Scholarship’.

Corr is also a voice actor and was the voice of a sheep in the 2006 film adaption of Charlotte’s Web. 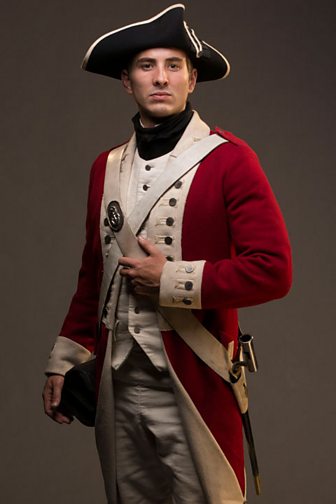