Conducting her very own Strictly symphony! 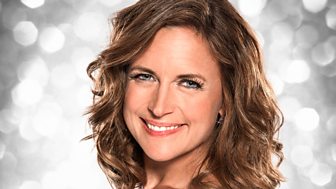 The face of the BBC Proms, Katie has been presenting the BBC’s coverage of the yearly musical extravaganza for the past six years. With a career in broadcasting spanning over two decades, Katie has collected an impressive number of credits, including work on The Classical BRIT Awards, ITV News and Radio 3’s Afternoon on 3. Now it’s time for Katie to swap the Royal Albert Hall for the Strictly Ballroom, but will her musical background keep her in key?

I was addicted to Strictly from the start ... lured by my love of a sequin and of the film Strictly Ballroom which still remains one of my all-time favourites
Katie Derham

Firmly established as the cornerstone of classical music broadcasting, Katie began her career as a researcher on Radio 4’s Moneybox and Financial World Tonight. After winning the Bradford & Bingley Best Personal Finance Broadcaster Award for her work on Radio 5 Live’s Money Check in 1995, Katie soon moved from the airwaves to the screen, becoming a reporter on Barry Norman’s Film programme.

Katie joined ITV in 1998 and, as a 27-year-old, becoming the youngest newscaster on British national television and the youngest in ITN history. Always up for a challenge, Katie learned how to conduct on the reality series Maestro. No stranger to competitive environments, surely Katie’s training in the newsroom will serve her well for the gruelling Strictly regime!

Describing herself as a typical wedding dancer, Katie has some truly ‘fabulous’ shapes in her repertoire but is ready to be shown the ropes by world champions. A self-confessed Strictly addict, Katie is ready to prove she’s more than just a classical music extraordinaire and will embrace the spray tans and sequins with open arms. Katie’s dancing daughters are backing her all the way and have even shown her their stretching exercises.

Born in Canterbury, Katie grew up in Cheshire and went onto study Economics at the University of Cambridge. As a child, she always preferred to play the piano or violin than any kind of sport. Currently residing in the Sussex countryside with her husband and two daughters, Katie embraces the country lifestyle by growing her own vegetables, making jam and keeping chickens. Most comfortable in a pair of wellies walking her Golden Retriever Sunny, Katie loves nothing more than a good book and has been known to walk into lampposts while reading. Does this country bumpkin have the welly to waltz to Strictly glory? 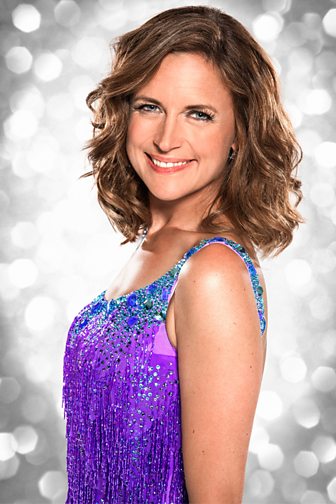