Ashildr isn’t even a distant memory for the tough, uncompromising, highwaywoman that the Doctor meets in 1651… 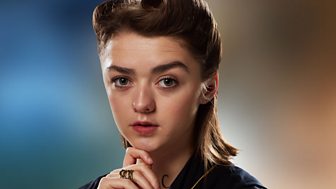 Having been alive for over 700 years, Ashildr - now calling herself ‘Lady Me’ - has become hardened to life. She has experienced so much and lost so many that she can’t let herself love or care again, to feel anything but indifference.

The one and only Me. Finally, you earn the title - sitting in a reality bubble at the end of time itself.
The Doctor

Memories of her old life exist in diaries alone – but where the pages have been torn, the memories too painful, they have been lost forever…

The Doctor says of Ashildr, 'I saved you. I didn’t know your heart would rust because I kept it beating. I didn’t think your conscience would need renewing, that the well of human kindness would run dry. I just wanted to save a terrified young woman’s life.'

But the Doctor knows the brave, beautiful soul he met in the Viking village is in there somewhere. He won’t let himself believe she has truly gone. And he’s right – when Me’s alliance with Leandro endangers scores of innocent people, she can’t bear it, and unites with the Doctor to save them.

When the invasion is over and the beers have been drunk, it’s clear this is no ordinary friendship…

Me: …While you’re busy protecting this world, I’ll get busy protecting it from you.
The Doctor: We’re not enemies now, are we?
Me: Of course not. Enemies are never a problem. It’s your friends you have to watch out for. And, my friend, I shall be watching out for you.

Skip forward another few centuries and Ashildr is still known as ‘Me’ - Mayor Me - the mayor of an alien refugee camp hidden in the heart of London, for those who are desperate and destitute, without hope or a home.

Ashildr’s perspective on life, her permanence, has enabled her to bring peace to a volatile refugee community – albeit under authoritarian rule with a deadly Quantum Shade. The Doctor and Clara have endangered that peace by bringing a suspected murderer back onto the street…

Although the Doctor cannot condone Ashildr’s despotic style, he understands the need to find justice for Anah and her son. When Clara’s attempts to protect Rigsy lead to her death, Ashildr is devastated. Her ruse to draw the Doctor onto the street is exposed, as is the fragility of her plan… She may have succeeded in trapping the Doctor, but in underestimating the lengths to which Clara would go for a friend, she ultimately sentenced her to death.

After the death of Clara, the Doctor warns Ashildr… I’d advise you, very strongly, to stay out of my way. You’ll find it’s a very small universe when I’m angry with you.

As it was Ashildr’s Quantum Shade that ended Clara’s life, it feels cruel, yet fitting, that Ashildr should council the Doctor about accepting her death.

Ashildr: She died for who she was, and who she loved. She fell where she stood. It was sad, and it was beautiful, and it is over. We have no right to change who she was.

It is through the wisdom of Ashildr and Clara, two women whose lives are so intricately entwined with his own, that the Doctor realises he cannot continue with the path he has on - by breaking every rule in the Universe to bring Clara back, he risks falling victim to a self-fulfilling prophecy. He risks becoming the Hybrid.

The Doctor, Ashildr and Clara ultimately defeat the very idea of the Hybrid, but not without sacrifice. The strength, bravery and spirit that we saw in Ashildr as a girl comes to the fore once more, as she guides Clara back towards the day of her death… even if they do decide to go ‘the long way round’. 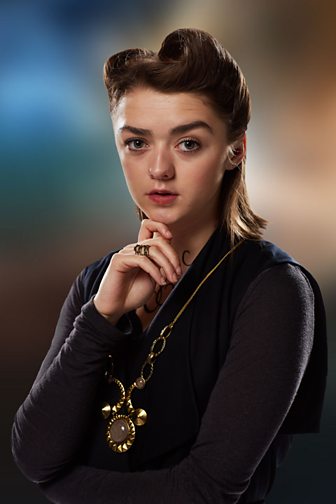