Robin returns to Strictly for his fourth series. 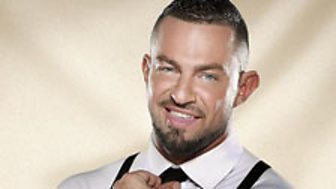 Robin’s inaugural year saw him team up with actress Patsy Kensit. His manner and technique helped Patsy’s confidence, and the couple did well but were voted off in the eighth week. He said he "loved" dancing with Patsy. The two remain good friends.

I love all high energy, fast dances where you can really go for it.
Robin Windsor

One of the main reasons Robin joined Strictly was because it combined two of his favourite things - performing and teaching.

In 2011, Robin's dance partner was Anita Dobson. They were voted out after nine weeks in the competition.

Last year he took actress and TV Presenter Lisa Riley all the way through to week 11 where they made fifth place, becoming firm friends in the process.

Robin was raised in the countryside just outside Ipswich. He felt like he was born to dance and grew up entering dance competitions all over the UK. At just 15 years old he moved to London to pursue dancing and had a successful youth career. He would regularly train until midnight and get up at 6am for work.

At 22, Robin was cast in a major world–wide touring dance show. During his nine year stint on the show, he got to travel all over the world and even found himself performing on Broadway and in the West End.

The show also saw him perform on the Australian version of Strictly, as well as co–choreographing on the So You Think You Can Dance, also in Australia.

When Robin's not in the dance studio he's in the gym. He loves spending time keeping his fitness levels up and his body in shape.

He's just bought a puppy called Lukaz and also recently got engaged so loves spending time with them.

In 2010, Robin won the prestigious It Takes Two Grand Piano Challenge, beating the rest of the professional dancers in a landslide victory. 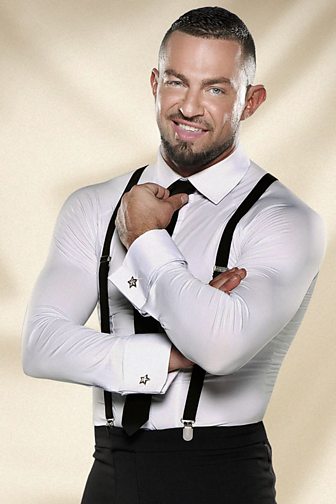