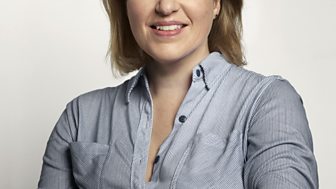 Yorkshire-born Clare Teal is one of the UK’s most celebrated and much-loved singers. She performs across the UK and internationally with her pianist, Trio, Mini Big Band, Hollywood Orchestra and Big Band, and has sung with artists including Sir Van Morrison, Jamie Cullum, Katie Melua and Liza Minnelli. She guests with the BBC Concert Orchestra on Friday Night Is Music Night, and has produced and presented three concerts for the Proms Season at the Royal Albert Hall.

Her latest album Twelve O’clock Tales, accompanied by the Hallé, conducted by Stephen Bell and arranged by world-class composer and trumpet maestro Guy Barker and renowned pianists Grant Windsor and Jason Rebello, was released in 2016.

This amazing record sums up everything I love about music in just over 4 minutes - POW! Here's why...

1. It is written by my all-time favourite songwriter: the witty, sophisticated and urbane Cole Porter (originally from Sheffield and named after his father's profession…or possibly not!)

2. It is sung by the greatest jazz singer there ever was: Ella Fitzgerald.

3. It is played by the daddy of all big bands: Duke Ellington.

My most played album:

Other than my own albums (JOKE) this is impossible to answer, my friend, as there are so many incredible big band and swing albums out there. But, as you've asked, I recently had to replace my copy of Count Basie’s "The Atomic Mr Basie". Whether it was from overplaying or possible nuclear meltdown - I'm not sure…

The concert I wished I'd been to:

So many to choose from! I'd have given my right arm (had I been born) to see Ella and Duke Ellington in Stockholm in 1966. Another seminal series of concerts took place between July 18th - July 21st 1963 at Copenhagen's famous Tivoli performed by Sarah Vaughan and trio who totally rocked (or jazzed) the place.

Duke Ellington. His career spanned half a century and sounded fresh, modern and flippin' brilliant at every single stage of it.

I loved David Jacobs' presenting style, so warm and inviting. I'm also a big Ken Bruce fan too - he's a total master of witty, off-the-cuff commentary and talking to time in any environment on any subject.

I also have a massive amount of love and respect for some of the regional DJs I've got to know over the years - chaps like Harry King on BBC Radio Cumbria and John Hellings on BBC Hereford and Worcester. They are huge supporters of jazz and big bands, live music and most importantly - live musicians! 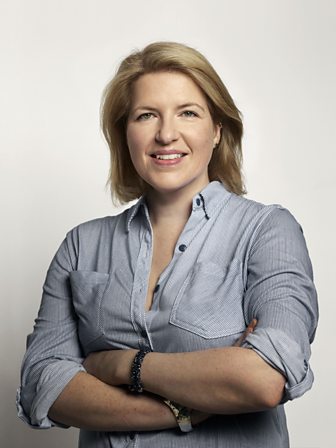