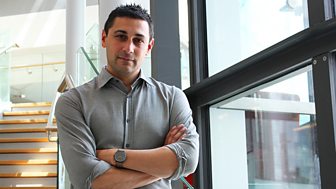 Adam has been a scientist, writer and broadcaster for most of his adult life, across a wide range of media.

He has written extensively on science, religion, film (and occasionally all three at once) for The Guardian and elsewhere.

He has written and presented programmes for BBC television, including The Cell on the history of biology, The Gene Code, and an episode of the flagship science show Horizon called Playing God on the rise of synthetic biology.

For Radio 4, he has presented a raft of programmes on subjects as wide as the MMR scandal, Hollywood science, astronomy and art, morality, human evolution, and extinction.

Adam worked as an editor at the science journal Nature for more than a decade, during which time he made short films (including an animation about an ancient Greek computer made out of Lego and a music video about the Space Shuttle) and podcasts.

On the basis that the best books about evolution have probably already been written, his first book, Creation, is effectively the prequel and sequel to evolution covering the origin of life and synthetic biology.

He has also toured with Professor Brian Cox and Robin Ince as part of their Uncaged Monkeys theatre tour.

In 2012 he gave the British Humanist Association Darwin Day Lecture, and in 2013, the Douglas Adams Memorial Lecture for Save the Rhino.

Somewhat bizarrely, Adam has been a scientific advisor on productions including the preschool cartoon The Cat in the Hat Knows a Lot About That, and the epic zombie apocalypse Brad Pitt movie, World War Z.

As a researcher, Adam completed a PhD in the genetics of the eye at the Institute of Child Health (UCL) at Great Ormond St Hospital. There, he worked as part of a team that studied how the retina develops and helped identify the genetic basis of a form of childhood blindness.

Before that, he studied evolutionary genetics at UCL under Professor Steve Jones, including a project that involved feeding rotting sweet corn to the unimaginatively but accurately named stalk-eyed fly. 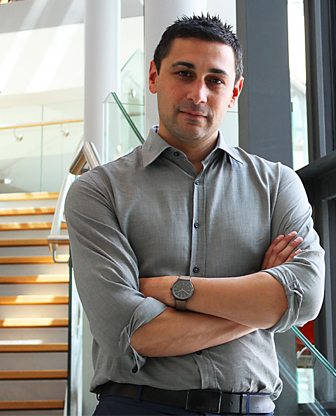