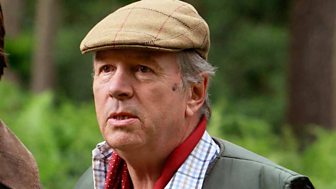 Brian’s marriage to Jenny has endured despite being severely tested, mainly by Brian himself. He is still profoundly grateful to her for taking in Ruairi, his son from his affair with Siobhan Hathaway, and for not cutting off his supply of clean cravats and venison casseroles.

Brian clashes horns with Adam on ‘green mumbo-jumbo’, despairs of bankrolling Kate’s yurts and rails at Debbie for disagreeing with him. But his eye for a deal is as keen as ever, and he is willing to take financial risks and fight boardroom battles to safeguard Home Farm for the Aldridge dynasty.

After 40 years of life at Home Farm, Brian had to sell the farm house to cope with the financial fallout from the toxic contamination that leaked from his land.

It’s not about the money, it’s about the land
Brian Aldridge

Would not be a man I would warm to
Charles Collingwood

Only thing in common – educated at Sherbourne! Would not be a man I would warm to, as I’d have little in common. I’d love his wealth though, but not his wife!!!

Charles was born in Canada, educated at Sherborne School and trained at RADA. His early years were spent in repertory and he also toured the far east in Relatively Speaking. 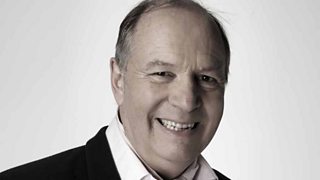 Nearer London, he played opposite Penelope Keith in How The Other Half Loves at Greenwich, and for over a year starred in Tom Stoppard’s Dirty Linen. But most of the last 25 years have been spent in broadcasting.

On radio, Charles recorded many comedy series with Harry Worth, Richard Stilgoe and the much missed Roy Castle.

He met his wife Judy Bennett (Shula) recording voices for a TV puppet series. Romance blossomed and in 1975 Charles was invited to join Judy in The Archers by creating the part of a wealthy gentleman farmer, Brian Aldridge – the “JR of Ambridge”.

Charles spent four years as a continuity news reader for the BBC World Service, but pronunciation let him down.

He has guested on many shows including Celebrity Weakest Link (which he won!), Call My Bluff, Countdown, Fifteen to One, and Good Morning With Anne and Nick. And for Radio 4, Just a Minute, Quote Unquote and That Reminds Me.

In 2003 Charles was honoured to be the subject of This Is Your Life. He continues to entertain audiences with his one man show Playing Away.

So many great storylines. The affair with Caroline, knocked over by a BSE ridden cow, epilepsy, Kate missing, Adam returning and stories with Debbie, but mostly Siobhan. How lucky – their entire affair and its ramifications and then her tragic early death. Meat and drink for an actor!

Diversification! Games shows, panel games, Cocklebury-Smythe in Dirty Linen, over 150 Laughter and Intrigue shows with Judy. Now my one-man show Playing Away and biography Brian and Me, just to prove I could write! 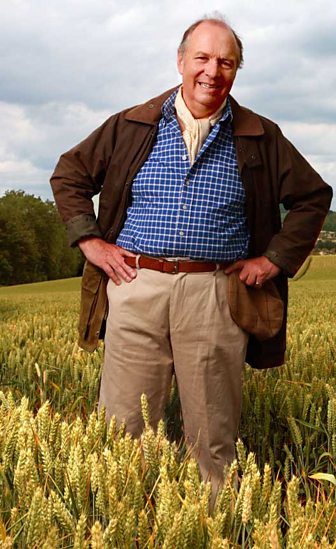