Eruption has fully optimised itself since last series and has come back bigger and better. Primarily it is a flipper, but now the original robot has evolved to create interchangeable weapons, adding on a vertical spinning disc and crushing claw. Eruption also has the option of using anti-Carbide and PP3D side pods, specifically designed to defend itself against two of the team’s biggest rivals. 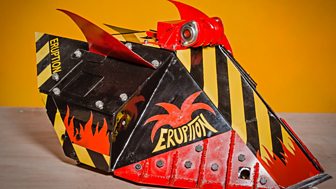 The new model boasts custom electronics which pulses the timing of the gas to the flipper, meaning they can reserve their gas for big ‘arena outing flips.’

Additional information:
Being involved in the robot community has clearly always been a big part of this father and son’s life. Michael has been driving since he was six years old and is considered one of the best drivers in the robot combat community. However, now Michael has started studying engineering at Durham University, compared to last year when he was in school, so he is now balancing the two. 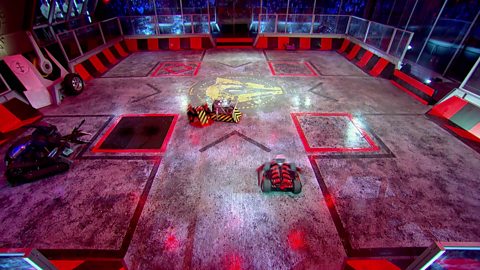 New robot Cobra feels the brutal force of the arena and the fierce flipper of Eruption. 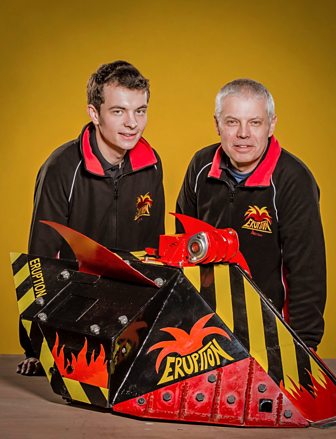