The First Doctor may have had hearts of gold but he often came across as a stubborn and stern old man. The Second Doctor could not have been further from this picture… Overtly playful and eccentric he sometimes appeared to be a likeable but hapless buffoon. And yet his enemies often found out to their cost that this foolish facade concealed the keen mind of a genius! 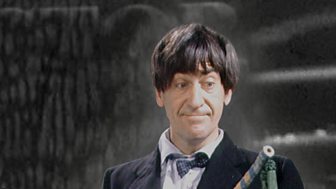 The First Doctor once described the Second Doctor as ‘a clown’ and it’s easy to see why. He wore clothes that were too large and like the Eleventh Doctor, showed a penchant for striking and at times comic headwear. Had River Song known the Second Doctor, a stovepipe, a Balmoral bonnet and a tricorn would have been just three of the hats she’d have doubtless snatched from his head, hurled into the air and blasted to smithereens.

That's the exciting thing… nobody in the universe can do what we're doing!
The Second Doctor

But his strange apparel and occasional bumbling disguised an unstoppable force powered by a knowledge of evil and a desire to defeat it. ‘There are some corners of the universe which have bred the most terrible things... Things which act against everything we believe in,’ he once opined, adding, ‘They must be fought!’ He was happy to take a rebel’s view of what might be perceived as the correct way of doing things, once commenting, for example, that, ‘Logic, my dear Zoe, merely enables one to be wrong with authority.’ But when the occasion demanded it, the Second Doctor took swift and calculated action and it’s not without reason that he modestly told a Martian, ‘I’m a genius…’

The Second Doctor continued to roam the universe, encountering more monsters than ever before. He fought the Cybermen on at least four occasions, the Daleks twice and in this incarnation he first crossed swords with the Macra and the chilling Ice Warriors. He was pitted against the evil and powerful Ramón Salamander – a mad tyrant who was his exact double, not to mention mad Time Lords and even the Sontarans!

But there were allies, too. Whilst fighting robots in the London Underground he met Alistair Gordon Lethbridge-Stewart for the first time and shortly after, the United Nations Intelligence Taskforce was formed. The Second Doctor was the first to collaborate with the organisation - UNIT for short - when they teamed up to defeat an invasion of Earth launched by the Cybermen.

Eventually the Doctor was forced to contact his own people for help and we at last discovered he was a renegade Time Lord who had transgressed the laws of his society by stealing a TARDIS and interfering in the affairs of other worlds. As a punishment – but also to assist humanity – he was sentenced to exile on Earth and it was decreed that as part of his punishment, he must regenerate. His then companions, Jamie and Zoe, were taken from his side and had most of their memories of him wiped away. As the Time Lord’s sentence was about to be passed the Second Doctor remained defiant to the end, shouting loud and indignant complaints… But it was too late. A colourful new era was about to begin… 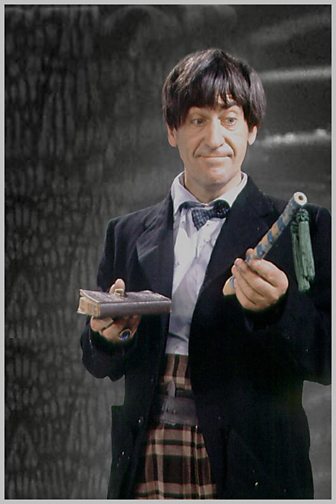