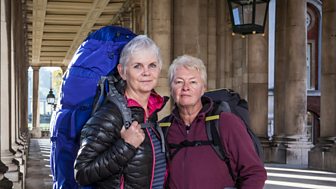 Why did you decide to take part?

Sue: I heard about the show just after I lost my mother, she had endured a long battle with Alzheimer’s and when she passed away it was one of those moments when I thought "life is too short". You need to grab every opportunity with both hands whilst you still can. That was why I initially applied and then it took another turn before we left when we found out the final destination was Singapore - that has such a strong link to my dad because he was based there when has was in the RAF. Suddenly this journey which was a mammoth thing in the first place, became a very personal and emotional one for me. I suddenly felt like I was bringing my mum to my dad.

Clare: Sue was visiting and I saw it on Facebook, we really did fancy an adventure of a lifetime and were both up for it, having travelled before on Interrail. 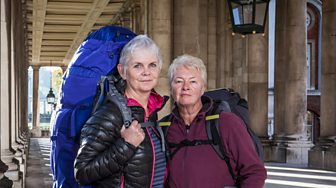