Ron Grainer was born in 1922 in Queensland, Australia and by his early teens had become a skilled pianist and violinist. He studied music under Sir Eugene Goosens at the Sydney Conservatorium of Music, but his education was interrupted by World War II. After serving with the forces he returned to his musical studies but his interests had moved on. He gave up the violin and opted to focus on composing… 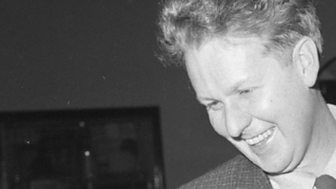 Grainer moved to England in 1952 and initially plied his trade as a musician in a touring act. Later he served as musical adviser to many gala programmes produced by Associated Rediffusion TV but also worked for the BBC where he remained a popular pianist. He was also asked to write music for a number of television plays and the calibre of his scores was spotted by executive producer Andrew Osborn who asked the young Australian to write both the theme and incidental music for a new detective series called Maigret. The theme tune utilised harpsichord, banjo and clavichord to perfectly evoke the world of the French detective and Grainer’s stock was pushed high.

The early 60s proved a turning point for him as he won a brace of Ivor Novello awards for ‘Outstanding Composition for Film, TV or Radio’, scooping one for Maigret and another for his theme for Steptoe and Son, a jaunty, frivolous piece that even today conjures up an image of down-at-heel hilarity. His later TV work included memorable theme tunes for The Prisoner (a daring melody that has no right to be catchy but somehow works magnificently), Tales of the Unexpected, Man in a Suitcase and Shelley. His movie work ranges from the bleak sci-fi film The Omega Man (1971) to the comedic high jinks of Mutiny on the Buses (1972).

But his most famous composition remains the Doctor Who theme tune; a bravura piece, it encapsulates the thrills, scares and mystery that the music has introduced for five decades. By turns insistent, daring and wholly unforgettable, it has been called ‘the perfect theme tune’ and it stands as a testament to his intuition of what would be popular without being safe.

The theme tune had been written. Now it needed to be realised. Enter a young woman called Delia Derbyshire... 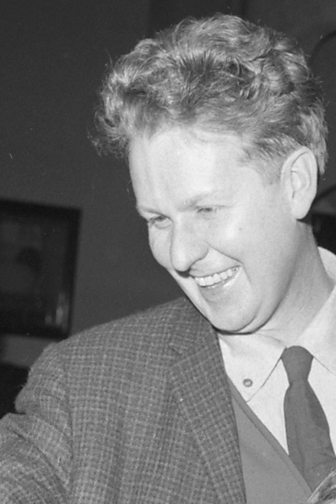