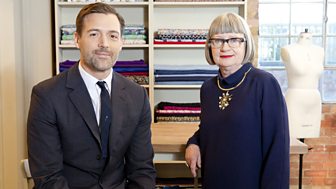 Esme, along with four passionate women about fashion, opened a London based shop called ‘Swanky Modes’ in the 70s. Their clothes appeared in magazines and newspapers including Vogue, Nova, Honey, 19, ID, The Face, Boulevard, Interview, The Sunday Times, Express, Mail, and the V&A Little Black Dress Book.

Patrick is a regular on television and radio as a commentator on the British fashion, clothing and textile industries. He has been a contributor to several major television documentaries including Savile Row, Harris Tweed, and The Perfect Suit, but is best known for his role in the The Great British Sewing Bee, for which he earned a 2017 National Television Awards nomination.

Patrick’s career in fashion has spanned over a decade. In 2005, after leaving a career in engineering, he took over as Director at Savile Row tailor Norton & Sons. He won much praise for his work there including being named Retailer of the Year at the 2008 Scottish Fashion Awards.

In December 2010 he won the Menswear Designer of the Year award at the British Fashion Awards, and in May 2015 he was awarded the BFC/ GQ Designer Menswear Fund - both for his work on menswear brand E. Tautz, which he re-launched in 2009. 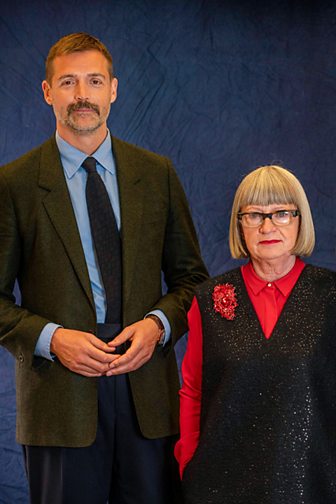