Dwayne knew the island of Saint-Marie better than anyone. He was connected to everywhere and everyone – and if you wanted anything got for you, he was the man to get it. 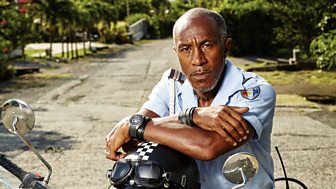 His detection methods were a little dubious and sometimes his means to solving a crime were questionable. But he did draw the line at out-and-out criminality. Well, most of the time…

Dwayne’s always had a difficult relationship with his unreliable father Nelson. After a chance encounter in London, they reconnected when Nelson turned up in Saint Marie and are now on the trip of a lifetime sailing round the islands together. 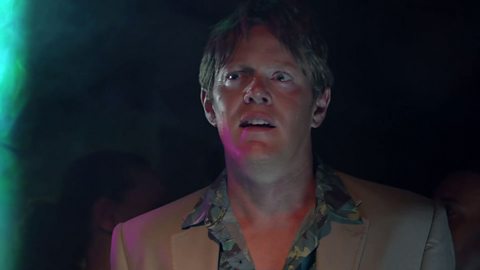 "This place is amazing!"

Dwayne introduces Humphrey to the delights of the Saint Marie night life.

Born in London to parents from Sierra Leone, Danny is a British actor, singer and dancer.

Since training at the Omnibus Theatre Company and Anna Scher Children’s Theatre, Danny’s has appeared in a string of theatre productions including Night and Day at the Watford palace Theatre, Carmen Jones at the Crucible Theatre, Sheffield, and Destry Rides Again at the Donmar Warehouse.

In 1994, he played ‘Avery’ in The Piano Lesson and ‘Mac’ in The Playboy of the West Indies, before going onto appear in The Rover at Jacob Street Film Studios. Danny has also appeared on London’s West End in Barnum at the London Palladium, Cats at the New London Theatre and Time at the Dominion Theatre.

Danny’s early television credits include Harry Carpenter Never Said It Would Be Like This (1982) and Three of Kind (1981-1983). He is best known for his portrayal of ‘Cat’ and Cat’s geeky alter ego Duane Dibbley in the comedy series Red Dwarf. 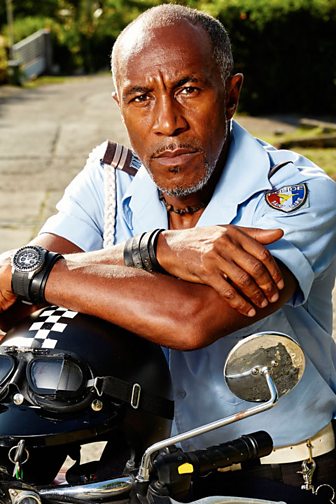