The Third Doctor cut a dashing figure. A man of action with a passion for gadgets and thrilling forms of transport, he was exiled to Earth for much of his era, deprived of a functioning TARDIS and the knowledge of time travel by the Time Lords. But he had his work cut out defending our planet from Daleks, Daemons and his cunning, charismatic nemesis - the Master! 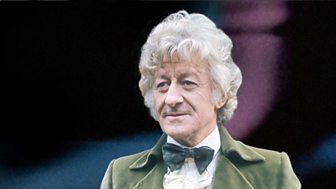 The Third Doctor began his era by being unceremoniously dumped on Earth by the Time Lords and whilst still recovering from his regeneration, he was found by UNIT and his old friend, the Brigadier. He soon discovered his people had sabotaged the TARDIS and erased his knowledge of how to repair it… He was trapped! But the Third Doctor would not have time to grow bored, stuck on one planet during a single period in history. Even before he settled into his new body he was plunged into a battle against Autons and the Nestene Consciousness, teaming up with UNIT and Liz Shaw to defeat an invasion.

I had to face my, my fear, Sarah... That was more important than just going on living...
The Third Doctor

The collaboration worked well and the Doctor became UNIT’s scientific advisor. It was sometimes a rocky relationship with the Brigadier often favouring dynamite over diplomacy, but eventually he learnt from the Doctor and they developed an enduring mutual trust.

He may have been the Third Doctor but his era contained a number of memorable firsts, including his first encounter with the Silurians, Autons, the Master, the Sea Devils and more happily, Jo Grant and Sarah Jane Smith. There was also time for old enemies and he faced the Ice Warriors, Cybermen and fought Daleks right across the cosmos – from England to planet Exxilon.

When the Doctor teamed up with the first two Doctors and defeated the crazed Time Lord, Omega, his people pardoned his ‘crimes’ and he was once more free to roam throughout time and space. But the Third Doctor had a special bond with the people of Earth and he often returned, helping UNIT repel wave after wave of alien threats. More often than not, the charming miscreant known as the Master was at the centre of the schemes… The Doctor was always able to better his peer, but the Master usually slipped through his adversaries’ fingers and remained at large to hatch more diabolical plans…

Whilst foiling the evil spiders of Metebelis 3, the Doctor’s body became riddled with deadly radiation. Weak and ‘dying’, the Third Doctor’s final voyage was similar to his first – a trip to Earth followed by collapse… As the Brigadier and Sarah Jane watched over him, he tried to speak words of reassurance and hope, but for the Third Doctor, it was over. He began to regenerate, leaving the Brigadier to exclaim, ‘Well, here we go again!’ 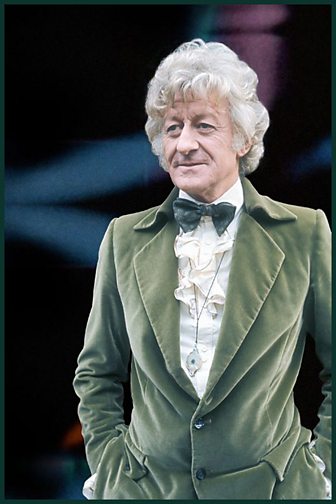