Gregg Wallace is a writer, media personality and former greengrocer. He is best known for co-presenting MasterChef, Celebrity MasterChef and MasterChef: The Professionals. 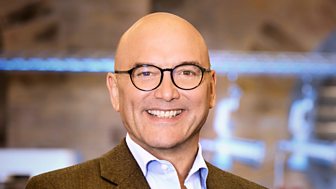 Gregg was born in Peckham, South East London, where he first watched Millwall and remains an avid supporter to this day. He has also gained two Rugby Union coaching badges.

Beginning his career in Covent Garden Fruit and Veg Market, in 1989, Gregg started George Allan’s Greengrocers, which he grew into a large and successful company supplying fruit and vegetables to London’s hotels and restaurants.

Following his business success and with a clear passion and expertise in fruits and vegetables, Gregg was invited to co-present Veg Talk on BBC Radio 4 with Charlie Hicks. This led to the presenting the first series of Saturday Kitchen in 2002 and eventually his role as judge on MasterChef, Celebrity MasterChef and MasterChef: The Professionals.

Other TV projects include: Eat Well for Less, Inside the Factory, Turn Back Time, Harvest, Supermarket Secrets and Who Do You Think You Are?

Gregg has two children, Tom and Libby, and in 2016 he married his wife Anne-Marie. 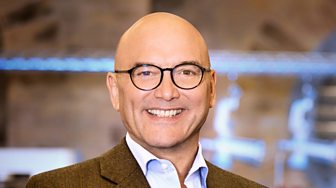