QUESTION: If you’re endlessly curious about what makes powerful people tick and you love to ask questions, what’s the best job in the world? ANSWER: Presenting HARDtalk. 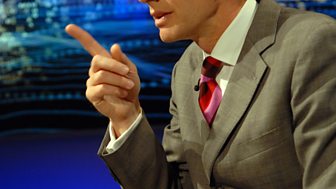 “Hardtalk is a unique interview show,” says Stephen Sackur who has occupied the HARDtalk hotseat for the last seven years.

"Where else do you get half an hour, one-on-one to quiz the men and women who shape our world?

"It’s not about soundbites or political posturing, nor is it a platform for celebs to plug their latest book. It’s intelligent talk based on challenging questions.

"We have the time to dig deeper with our guests. To take them to the territory where the tough questions lie. But it only works if we have done our homework.

"A good interview starts with exhaustive research and ends with intense exchanges that can be a revelation. Having plenty of on-the-ground reporting experience from the world’s hotspots doesn’t do any harm either."

Stephen Sackur was a BBC foreign correspondent for 15 years, based in Cairo, Jerusalem, Brussels and Washington DC.

From the fall of the Berlin Wall to the toppling of Saddam Hussein he’s covered wars, revolutions and delivered some memorable scoops.

He was the first journalist to report on the aerial bombardment of a convoy fleeing Kuwait City which brought the 1991 Gulf War to a close, and the first to reveal the mass graves in Iraq discovered after the fall of Saddam.

He has interviewed Presidents Clinton and Bush, won awards for his reporting of 9/11, the assassination of Yitzhak Rabin and the civil war in Sri Lanka.

In the course of seven years presenting HARDtalk he has taken the show "On the Road" for a host of exclusive interviews around the world - Hugo Chavez in Venezuela, President Teodoro Obiang of Equatorial Guinea (the world’s longest serving dictator), Burma’s military leader turned reformer President Thein Sein and many more.

And it is not just presidents and prime ministers. Among Sackur’s memorable cultural encounters were Gore Vidal, Annie Lennox, Charlize Theron and Vladimir Ashkenazy.

"Throughout our encounter I was referred to as 'Stevie Baby'. I rather liked it.

"HARDtalk isn’t about shouting, or point-scoring. It's about asking the intelligent questions our audience would be asking if they had the chance to sit in the HARDtalk chair.

"As long as the privilege is mine, I’ll cherish it." 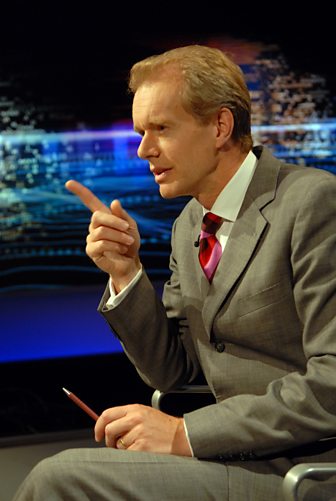