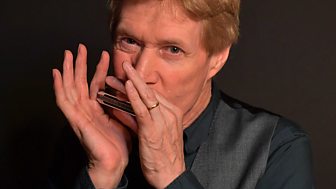 Paul was the original front-man with the group Manfred Mann, and co-composer of the signature tune for Ready, Steady, Go! He was at the forefront of the 60s pop revolution, with million-selling records alongside the likes of The Beatles, The Rolling Stones and The Animals.

In 1966 he turned to acting, first in films and television, and then on stage. His films include 'Privilege' and 'The Committee'. His television credits include 'Z Cars', 'Space 1999' and 'The Sweeney'. In the 1980s he hosted 'Weekend for Granada' and 'A Plus 4' on Channel Four. More recently he starred in four series of the children's favourite, Uncle Jack. At the Royal National Theatre he starred in 'The Beggar's Opera' and 'Guys And Dolls', and for the RSC, 'Kiss Me Kate'. Other West End shows include 'Conduct Unbecoming' (also on Broadway), 'Cats', and 'Pump Boys' and 'Dinettes'. He has worked with directors such as Sir Richard Eyre, Peter Gill and Toby Robertson. His numerous gold albums include one for the original recording of Evita.

In 1979 he founded The Blues Band, which helped kick start another boom in Blues music. The band has recorded "about 17 albums, not counting compilations and repackagings". On radio, he worked for five years on the BBC's World Service, and has broadcast on all five BBC Radio networks as musician, DJ, actor, critic and 'Desert Island Discs' castaway; he also contributed a set of questions to Mastermind.

Paul is the President of the The National Harmonica League and he has recorded with a range of artists including Tina Turner, Percy Sledge, Memphis Slim, Katie Melua and The Royal Philharmonic Orchestra. He has written and/or played music for films, TV programmes and commercials, and his songs have been recorded by a varied bunch, including early Steppenwolf, Helen Shapiro and Ten Years After.

He's married to Fiona Hendley and together they have produced a gospel album, 'Personal'. Their television programme, The 700 Club With Paul And Fiona, won a Gold award from the Christian Broadcasting Council in 2006.

Paul was a BASCA Gold Badge-winner in 1996. He is a Doctor of Music (University Of Portsmouth) and in 2001 received the famous red book for This Is Your Life.

Nowadays he shares the lead with Mike D'Abo in The Manfreds - along with most of the original members of Manfred Mann - touring extensively both in the UK and abroad. Dates can be found on The Manfreds' website. 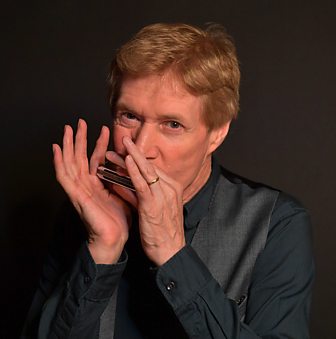