Wanted on the Strictly dance floor 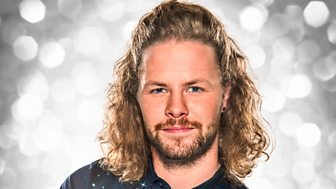 Fun-loving Jay McGuiness is best known as one fifth of the massively successful boyband The Wanted. Since their 2010 debut eponymous named album was released, the band have had major success all over the world, including two UK number one singles with All Time Low and Glad You Came.

In the group we were about as coordinated as a sack of frogs so they made us stand in different positions and walk around a bit, and we struggled with that!
Jay McGuiness

The group’s second album, the platinum-selling Battleground (2011), saw their profile in the US and Canada go through the roof. This led to the band moving to LA in 2013, where they starred in their very own reality series on the American showbiz channel E! entitled The Wanted Life. The series documented the boys as they recorded their third album, Word of Mouth, and prepared for a huge world tour.

Jay was born in Newark, near Nottingham in 1990, and from a very early age he loved to sing and dance in front of the mirror with his four siblings, including his twin brother.

Jay pursued his love of performing by attending the Charlotte Hamilton School of Dance in Newark. Unfortunately for the young Jay he was bullied by his classmates for expressing an interest in ballet!

As his love for the performing arts grew he attended the prestigious Midlands Academy of Dance and Drama in Nottingham. At the age of 19, Jay randomly searched for auditions in Google; he got two results back, one for a circus and one for a new band. After impressing pop impresario Jayne Collins, the force behind The Saturdays, he was chosen to join up with Nathan Sykes, Tom Parker, Siva Kaneswaran and Max George and The Wanted were formed, and the rest as they say is history.

Since The Wanted announced a hiatus after six years of whirlwind success, Jay has had time to concentrate on his hobbies, which include reading, playing console games, gardening and popping to the pub. He also loves animals, and even has a pet lizard.

Jay has plenty of experience in performing in front of thousands of screaming fans, but will he hold his nerve with the gaze of our four judges upon him? 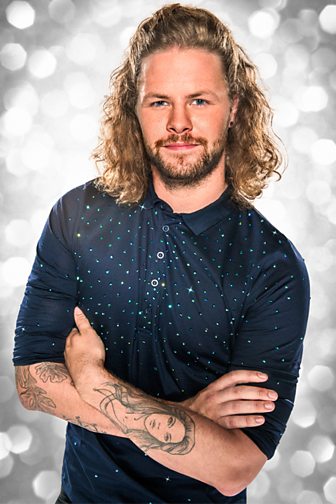