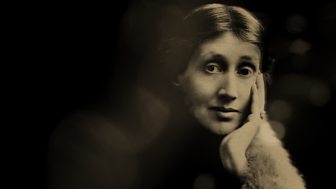 For most of history, Anonymous was a woman.

1. She wrote in a modern way about a rapidly modernising world

Part of the influential Bloomsbury Group of intellectuals who explored new ways to approach economics, feminism, pacifism and more, Woolf’s writing made sense of a quickly-changing world. Her hugely innovative novels followed new rules, adopting new narratives and perspectives shaped by the modern world. She embraced controversial and personal themes including mental illness and sexuality. Her romp through nearly 400 years of history with a hero/heroine, Orlando, can be described as the first trans novel in the English language.

2. She had to battle to get her thoughts out

From the age of 13 Woolf suffered periods of mood swings, which would range from severe depression to manic excitement. According to her autobiographical work she and her sister were also subject to sexual abuse from her half-brothers. Despite wrestling with her mental health she was able to create brilliant literary works… for a time at least. Woolf drowned herself in 1941 by walking into a river, with her pockets full of stones.

3. She was supportive of other creatives

Remarkably for a woman of her day, Woolf co-founded the Hogarth Press from her house in Richmond. In addition to being a celebrated author herself, she helped bring recognition to important works by TS Eliot, EM Forster and Gertrude Stein among others. She was also a passionate champion of women’s rights and women writers. She argued for the importance of chronicling the marginalised and overlooked – "an ordinary mind on an ordinary day" – and with her ‘stream of consciousness’ style helped open the way for other writers to capture the interior lives of their characters in a newly intimate way.