Had Terry Nation been an artist, the Royal Academy would devote major exhibitions not just to his work, but to specific eras and genres of his output. He is instead best known for creating the Daleks but his list of achievements outside the world of Doctor Who is staggering. 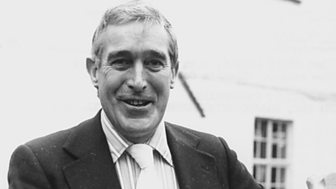 In the 1950s and early 60s he specialised in comedy, reaching the peak of that genre when he wrote for the great Tony Hancock. Throughout the 60s and 70s he scripted episodes of just about every classic adventure series of the era including The Saint, The Avengers and The Champions. ‘I was, for that short time, the most famous writer on television...’ he noted. ‘There was stuff coming to my house saying, Dalek Man - London.’

He later created two series which continue to resonate with the public: the post-apocalyptic Survivors and the sci-fi escapades of Blake’s 7. He also found time to write novels, films and produce the hit US show, MacGyver.

Back in 1962 Nation wrote three episodes of ITV’s sci-fi anthology series, Out of this World. This brought him to the attention of the Doctor Who team who commissioned Nation to write a serial for their as yet unbroadcast show. Ironically, Nation’s script zeroed in on the very element producer Verity Lambert had been warned to avoid – so-called BEMs, or ‘bug-eyed monsters’.

His script, known back then as The Mutants, was set on an alien planet and featured two very different intelligent species. The peaceful good guys – the Thals. And the epitome of evil: the gliding, guileful, mutated monsters known as Daleks. Lambert immediately grasped the appeal of the creatures and understood they were much more than the unconvincing BEMs so beloved of 1950s horror movies. This race was the result of war, both mentally and physically. A grim warning for the future but also a nod to the past as the Daleks’ mind-set exemplified the credo of Nazism. Nation himself believed their success was partly due to their appearance: ‘I suppose it’s the fact that it is totally non-humanoid. It has no arms or legs, no facial distinctions, so it’s not something that’s a man dressed up.’

The effect of the Daleks on Doctor Who was electrifying, boosting the show’s popularity tremendously and establishing a fictional opponent for the Doctor that both young and old became fascinated by. Nation returned to Doctor Who to write several more Dalek adventures as well as the First Doctor story, The Keys of Marinus and the Fourth Doctor’s The Android Invasion in 1975.

But arguably his greatest contribution to Doctor Who and British television came in those early black and white days when he unleashed a monster that became mainstream. The Doctor’s nemesis that made him more popular than ever. A nightmare that was the stuff of dreams – the Daleks. When Doctor Who was brought back to our screens in 2005 it was produced in Nation’s home city of Cardiff and of course, the return of the Doctor meant the resurrection of the Daleks.

Fifty years after their first appearance, Terry Nation’s creations continue to live on and evolve, thrilling successive generations… A part of modern folklore that now nothing and no-one can ever exterminate. 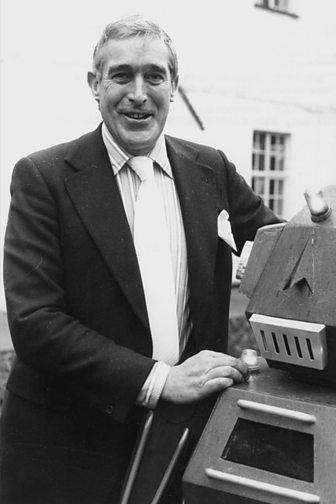