Lucy has been a midwife in Liberia for 22 years. 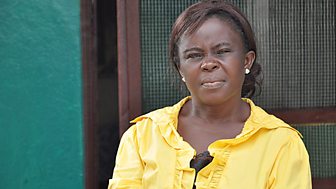 Lucy is married to Edward Bahr, a nurse anaesthetist. He suggested she train as a midwife so they could work together, which they have done in the past.

Like many midwives in Liberia, she has two jobs. She works two days on and two days off at Redemption Hospital, and also works two nights on and two nights off at JFK, another hospital in Monrovia. In the past she has worked in hospitals all over the city. She has delivered well over 500 babies... She has lost count!

During the two recent civil wars, Lucy refused to leave her home in Monrovia, even when her husband was forced to flee. When the hospitals closed down, she delivered babies in her own home, making it a safe haven for pregnant women, even when bullets were flying around the house. She gave birth herself to her youngest child during the war and called her Faith, as she says it was her faith in God that helped her to save lives.

Lucy has three grown up children. She has two sons, a 32-year-old, living in the US, and a 22-year-old who lives nearby with his own daughter. Her 20-year-old daughter, Faith, lives with her, along with two nieces.

When not working, she is an active member of Winner’s Chapel, Liberia’s largest church. She is a lover of gospel music. She also finds time to study Sociology at the University of Liberia.

But much of her time is taken up working to improve midwifery services in Monrovia and throughout Liberia. Lucy is currently the head of the Liberia Midwifery Association. In her role, she has set up monthly teaching sessions for the many traditional midwives who work outside the city and have little or no training. She is also campaigning to get better recognition for midwifery as a profession, and to provide a better career path for midwives, so more of them will stay in the profession.

We asked Lucy to tell us some more about her working life:

There used to be three shifts, but because it is not safe to travel at night the evening and night shift have become one long shift.

I work in the delivery ward and am involved with the women the whole way through, only calling the doctor if there are any problems.

What kit do you use?

I have a delivery set, suction machine and the vacuum.

Tell us a secret

My husband is very romantic. We have a very happy relationship.

Tell us something about your job we would never know

There is no career path, and even after many years you have no chance of promotion or salary increase - so many midwives are leaving to become nurses.

Tell us what you love/dread about your job

I love helping a woman give birth and seeing her smiling as she holds her baby.

I hate it when women come to the hospital late and we can't help them enough and they die. I wish they would come earlier.

What's your best/worst day on the job?

The best day of my life was graduating as a midwife in 1986 and getting my diploma.

The worst day was during the war when I was in Monrovia; because the rebels were really close we all had to get out and could only take the people who could move. We had to leave some women behind. That was the worst day of my life. 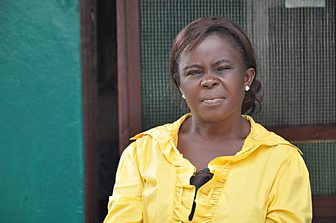