The 3 Non Blondes star is One Big Character 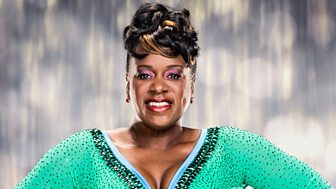 Gerroutta my pub… and onto the dancefloor! Fresh from Albert Square, it’s actress and comedian Tameka Empson. 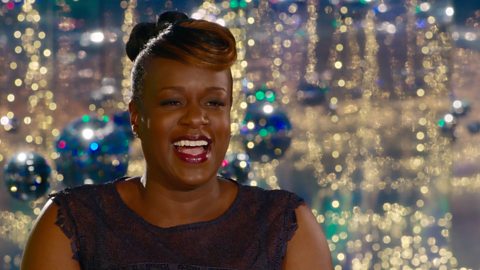 Strictly has welcomed plenty of EastEnders over the years including Patsy Palmer, Jake Wood, Scott Maslen, Kellie Bright, not to mention Series 2 winner Jill Halfpenny. So there are some very big (and very glittery) shoes for Tameka to fill.

"Strictly has always been a dream of mine," says Tameka. "So when the opportunity knocked, I answered the door and said 'Welcome, come on in! I've been waiting for you'."

Born in 1977 in London, a comedy leaning was clear from the outset. Her first role came as gobby neighbour Leah in the British film Beautiful Thing. Several film and TV roles followed, along with a number of theatre productions, before comedy series 3 Non Blondes saw Tameka freestyle a series of ludicrous characters in front of the unsuspecting British public.

But two commuters staging a dance-off at a bus stop in front of a bemused crowd isn’t perhaps the kind of dance experience that’ll help Tameka. However, she later took one of her 3 Non Blondes characters – the washed-up diva Marcia Brown – to the Edinburgh Festival as a critically-acclaimed one-woman show, so she knows a thing or two about being all kinds of fabulous.

She’s also provided the voice of Tickbird in Tinga Tinga Tales, and appeared opposite Cate Blanchett and Helen Mirren in the film Notes on a Scandal. And since joining Albert Square full time in 2010 as Kim Fox, Tameka has won Funniest Female at the Inside Soap Awards a mighty four times.

Tameka will be juggling her Strictly commitments with her EastEnders duties, as well as being mum to her two-year-old daughter Nylah. It’ll be tough, but at least with Tameka, you can guarantee she’ll be doing it with a smile on her face. 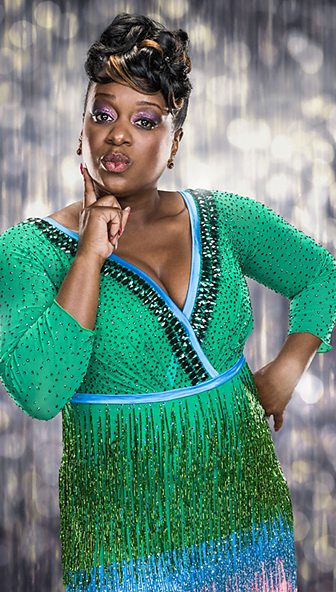