Choirmaster Gareth Malone brings together an array of untrained voices from the world of television, sport and theatre to form his All Star Choir, to release the official 2014 BBC Children in Need single Wake Me Up. 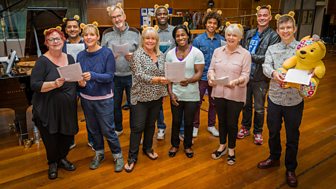 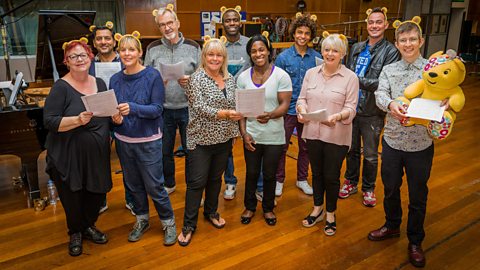 Wake Me Up - Gareth Malone's All Star Choir

Watch the music video for our official 2014 single.

CONGRATULATIONS to the All Star Choir for getting to NUMBER ONE singing the official BBC Children in Need 2014 single Wake Me Up, a cover of Avicii's smash hit.

It's available now on iTunes, Amazon, Tesco, HMV and other independent retailers across the UK.

Gareth Malone said, "I'm honoured to be asked to help create the 2014 official BBC Children in Need single. It's daunting to think of the list of artists who have sung for Children in Need in the past - now it's our turn. The task is enormous - none of these celebrities is known for their singing, but we are all coming together in support of a hugely important cause; it's time to put celebrity egos to the side and sing with one voice in the choir. I'm indebted to the generosity and bravery of these non-singing celebs who are putting their mouth where the money is to help raise funds for CiN."

Sir Terry Wogan, Life President of BBC Children in Need, said “I am delighted that young Gareth Malone is taking on this exciting challenge to support BBC Children in Need this year. I have no doubt Gareth will work his magic on this bunch of unlikely singers." 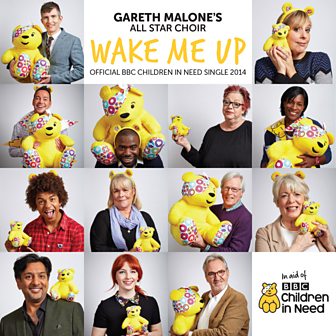