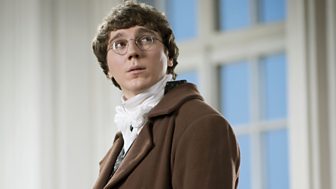 Pierre is an outcast. The awkward, illegitimate son of a dazzlingly wealthy Count, he was educated abroad but returns to Russia now his father’s health is in decline. Polite society shuns him for his hero-worship of Napoleon and enthusiasm for the politics of revolution. But his blundering sincerity charms Andrei, his truest friend; and Natasha, who delights in his presence. 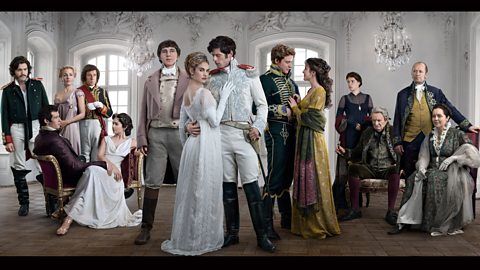 A thrilling, funny and heartbreaking story of love, war and family life.

How did you feel when you were asked to play Pierre?

War & Peace, the title in itself is quite seductive I think. But it was mainly the character of Pierre. He’s just a beautiful, beautiful person and spirit and he’s really special. I felt I had a lot to learn from him.

Initially I was daunted because of what the character requires – he goes on a big journey. He has a lot of high highs and a lot of low lows. He goes through a lot and has to work a lot out. That was daunting to begin with. But once I started, I loved it!

Plus we’ve always had the box set of Andrew Davies’ Pride and Prejudice because my girlfriend loves it!

Was it tough to get a handle on Pierre’s progress through such an epic story?

Yes. It was very hard to keep track because he has a major journey. He is trying to do something good with his life, but he keeps trying and failing to find a purpose. He’s attempting to find out who he is and why he’s here. We all do the same. We all want to have a purpose in life and to find love. And sometimes the things that we think will make us happy don’t. That’s why people relate to Pierre.

What are Pierre’s other qualities?

He’s very intelligent. He has a lot of flaws, but he also has a heart. Even though he goes to war, he’s not a soldier and he doesn’t know how to fire a gun or ride a horse, so luckily I didn’t have to be perfect doing those things!

Tell us about Pierre’s relationship with Andrei

The first impression we get of Pierre is that he’s not the same as the other people around him, but then Andrei Bolkonsky shows up. Andrei is not only his best friend but one of the people who sees what an interesting, intelligent and kind person Pierre is. And Pierre sees in Andrei someone he can look up to and really talk to. Something that’s beautiful about the relationship too is that their friendship is deep enough that a couple of years can go by but they still love each other and are so happy to see each other.

Tell us about Pierre’s relationship with Helene

After Pierre comes into his inheritance he can pretty much have his pick of the lot of ladies, so he gets to marry the most beautiful woman in St Petersburg – Helene Kuragin. She is minxy and a little bit cunning and smart but it’s all lust and hope and dreams. Unfortunately he begins to learn more about her and struggles with the fact that maybe it isn’t true love.

Do you feel that playing Pierre is a departure for you after some darker roles in the past?

It’s certainly an interesting gear change. There’s a lot of love in this, and Pierre is so kind and whole-hearted. As an actor, you’re always trying to figure out why a character feels the way he does – and that’s something I’ve loved about this part.

How have you found it being the only American in an otherwise all-British cast?

It was super-easy. At first I was a little worried about doing an accent, but now I don’t ever think about it. I’ve made a lot of really good friends – we were all out in Lithuania together for quite a while. The only hard bit was that the Brits only have a two-hour flight home – mine was much longer!

I’ve been so impressed with everybody, truly. I’ve had more scenes with certain people so I’ve gotten to know them better as actors and people. In some ways there’s a summer camp element and we’re bunking together and discovering places. This is the longest project I’ve ever done and we were filming far away from home but it’s been such a lovely group of people to have this experience with.

Had you read the novel before?

No, but I was very excited to read it when I got the job as Anna Karenina is one of my favourite books and I’d always meant to get around to reading War & Peace. I wasn’t disappointed – it’s a wonderful novel. A few parts are hard, but the trick is that you have to just keep reading. You’re slogging your way through it, and then all of a sudden, something magical happens – as it does in life. The characters are so rich, and it’s ultimately a very life-affirming journey. Tolstoy has a lot to say about life – both good and bad are in there. But in the end, light prevails. It’s a beautiful novel.

Why does War & Peace have such universal resonance?

Because of the sheer humanity in it. It’s not just about history –it’s about people. Somehow Tolstoy manages to capture an interior world that is timeless. He has a window into how we feel and think. The book is as relevant now as it ever was. That’s why the human element is the most important part of the book – that’s the thing we can always relate to. The characters may be wearing different clothes, but people are people. We’re still feeling the same things. That’s why any great art endures.

It’s a very searching piece. The search is even stronger than the story in War & Peace – and that’s why its appeal has sustained for so long. Rather than telling us answers, Tolstoy asks some big questions, such as “Why are we here? How do we live? How do we deal with love and war?” People are still trying to figure out the answers to those questions.

The clothes are beautiful; the opulence of them is crazy. That’s one of the things that is absolutely essential to trying to figure out how to be the character. When I put on a suit I feel different than when I wear my sweatpants. My favourite costume was the huge robe that I got to wear when Pierre was in the hallways of his huge palace. 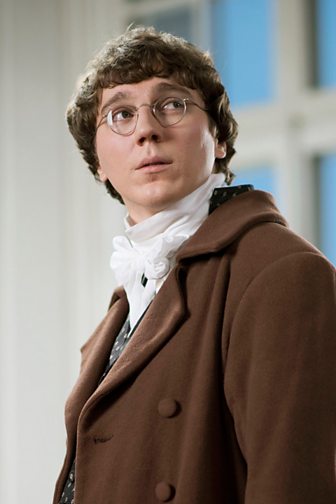