Two faces are better than one! 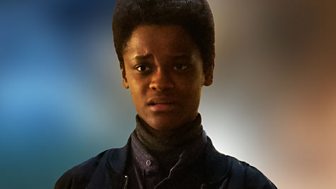 Anahson was the orphaned ‘son’ of Anah, who was apparently murdered by Rigsy… But as the Doctor and Clara uncovered (to Anahson’s relief), Anah was actually placed into stasis as a trap to lure the Doctor.

I can’t tell your past from your future, and there’s… there’s so very much of both

Anah and her child were two of the last surviving of the Janus, a species brought to the edge of extinction as a result of the unique capabilities of the females of their race. With two faces, one facing forwards to look into the future and another to look behind them into the past, the Janus were a distinctive looking species coveted by those who wished to use their abilities for their own ends. For this reason, Anah went into hiding on the hidden street for alien refugees in the heart of London. Anahson was disguised as a boy so as not to attract the attention of anyone who might wish to take advantage of her gift.

Anahson was naturally frightened when her mother was found dead at the entrance to the trap street, but she also held the key to uncovering the truth. When Clara observed that Anahson was the only one not afraid of Rigsy’s return to the street, she deduced that it was because Anahson was in fact a girl, with the ability to see into the past and understand that Rigsy was not responsible. This led them back to Ashildr, who had lured the Doctor into an elaborate trap using Rigsy and an intriguing mystery.

Although Anahson was reunited with her mother once the Doctor released Anah from her stasis, Ashildr’s promise to ensure no one would be harmed rang hollow when she discovered that Clara had taken Rigsy’s chronolock. From that moment Clara's death was sealed. 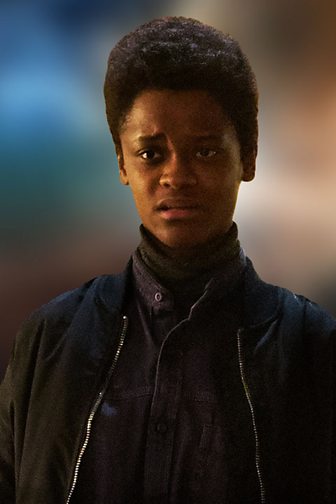