A Champion Of Women And Children’s Rights. 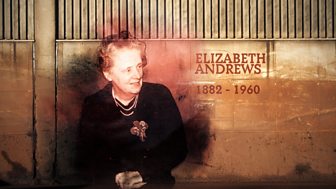 Elizabeth Andrews was one of the most influential Welsh female political activists of the early 20th century. She was an internationalist, a suffragist and a socialist.

One of 11 children born into a poor mining family, Elizabeth dreamed of being a teacher but was forced to leave school at 13 to help her parents make ends meet.

This Welsh-speaking dressmaker brought the needs of working-class women into the political arena because she shared their lives and voiced their hopes and fears.

Moving to the Rhondda at the age of 26 proved the catalyst for Elizabeth’s political awakening as she saw the social problems suffered by her community.

As the first Labour Party Women’s Organiser for Wales, she set up women’s sections, describing them as “working women’s universities.” One of her earliest tasks was translating leaflets from English to Welsh to urge women to use their newly-won vote. She also became one of Britain’s first female magistrates.

She put the needs of women and children at the heart of her campaigns. Giving evidence in the House of Lords to a Royal Commission on the mining industry in 1919, she spoke powerfully about the impact of the pits on family life.

As a miner’s wife she knew how dangerous the industry was for the men but she stressed that women’s lives were at risk too as they coped with overcrowded houses, poor sanitation and the high death rates among their children.

She became a leading figure in the campaign for pit head baths, arguing they could help transform women’s lives by removing the relentless dirt brought in by the colliers and the significant danger of lugging heavy tin baths of boiling water from the home.

The strain of such heavy lifting had a serious impact on women’s health -particularly during their frequent pregnancies - while many children were scalded by the boiling water. Drying clothes in cramped kitchens also played havoc with children’s health. 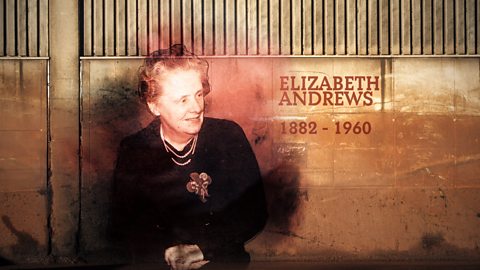 A Champion Of Women And Children’s Rights.

Elizabeth spoke alongside two English miners’ wives in the House of Lords. The sight of working class women in these rarefied surroundings caught the attention of the media, as she recalled in her memoir A Woman’s Work is Never Done:

“When we arrived in London we were besieged by the Press at the hotel and during the time we were giving evidence we were photographed and a minute description given of our dresses. Many of the personal remarks amused us greatly. They expected us to be overawed at being in the King's Robing Room in the House of Lords where the Commission was held. They also expressed surprise at our calmness when giving evidence. But why would they think we would be daunted? We had something very important and serious to tell them about women suffering and dying and how the baths would take away the arduous toil they were engaged in.”

Very important indeed. And Elizabeth’s campaign made an impact. Pit head baths were made compulsory in 1924.

Elizabeth was at the heart of relief efforts during the miners’ lock-out following the General Strike in 1926 and the hungry years of the Depression in the 1930s.

And in these pre-NHS times Elizabeth also turned her attention to improving maternity and childcare, establishing a service of clinics, midwives, home helps and one of the earliest nursery schools in Wales.

Raising such “domestic” issues in the male-dominated world of Welsh local government at the time was often unpopular but Elizabeth never wavered in her commitment to the politics of the home front.

Her motto was “Educate, Agitate, Organise”. And to the generations of women she helped and inspired she was simply known as Our Elizabeth. 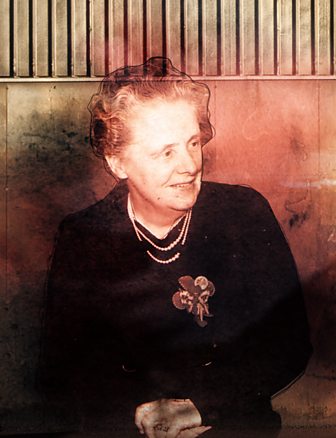