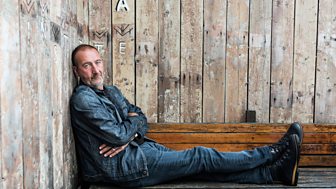 Mott The Hoople at the Manchester Opera House - 26 November 1973 I think? The support band was Queen - and therefore the first band I ever saw. They were fantastic... they hadn't gone pomp at that time, just a really great rock band. I remember I wore a suit and with my best mate Steve Hanley (who also wore the same itchy, almost wire wool suit). We felt like a couple of pillocks amongst the tye-died, ripped jeans, seasoned gig-goers we were sat amongst. MTH were great as well - they did All The Young Dudes and Roll Away The Stone - two classics!

Possibly Bowie at the Hammersmith (Apollo) Odeon in 2002. Mark Radcliffe and I introduced him... his big Hammy Odeon homecoming gig. He played for nearly three hours and he asked us what we thought of the set-list before-hand. If not that - then maybe the last UK gig by Nirvana at Reading. It blew me away. I was on the stage with Raddy and Peel. It was the show when Cobain famously came on stage in a wheelchair dressed in a hospital gown. I was glued to Cobain for 80% of the gig and Grohl for 20%. Sorry Krist. It really was immense - rock music that swept you away.

Gig you wish you'd been at?

Bowie at the Hard Rock in Manchester - June 1972. He was just breaking big. I was only 10 at the time, but this was the tour to have seen. I missed the Aladdin Sane tour the following year coz my sister wouldn't take me - not that I bear a grudge or anything.

First record you ever played on the radio?

Hard to say. I remember the first record on the old night time 'graveyard shift' show (10 -12) on Radio 1 - the first song was White Riot... but I didn't pick it, Mark did. My first record on 6 Music was Do Anything You Wanna Do by Eddie And The Hotrods - I didn't pick that either - but if I had picked the first track, that might well have been it. It was then that I knew I was amongst friends!

What's a record that makes you cry?

Strangely very few sad records make me well up but sometimes I do when the record is so great. She Belongs To Me by Dylan got me recently when John Cale chose it for one of his Desert Island Discs.

A record which sounds better in the dark?

Pink Floyd's Wish You Were Here - particularly Shine On You Crazy Diamond - is definitely a 'dark' record... I don't do drugs - no really, I don't. But a bottle of wine and Gilmour's guitar work on that track gets me floating!

A song you wish you'd written?

Her Eyes Are A Blue Million Miles or Tropical Hotdog Night by Captain Beefheart. One a perfect love song, the other, well - I don't know how you'd begin to write that one!

Mess Of My Age perhaps... the best track I played on when I was in The Fall.

CD you'd rescue if your house was on fire? 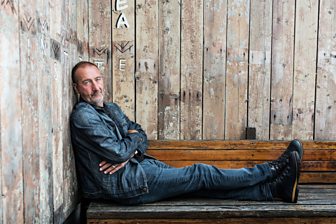