An eco-farmer at heart, Adam is committed to the soil. It’s a shame he hasn’t been so committed to his partner Ian… 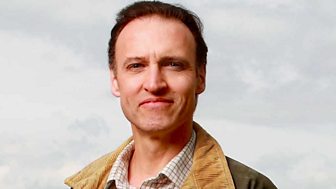 Adam’s birth shocked the village of Ambridge - he was the product of a dalliance between Jennifer Archer and cowman Paddy Redmond. With gossip rife, 22-year old Jennifer refused to name the father - even to her parents. Jennifer’s second husband, Roger Travers-Macy, adopted Adam and along followed Adam’s half-sister Debbie.

Adam’s relationship with Jennifer’s third husband, Brian, had a shaky start. Young Adam began to misbehave, afraid that Brian would up and leave as Roger had. Now, the pair have their battles over farming methods. Visionary Adam is enthusiastic about renewable farming and sustainability and has dragged traditionalist Brian some way with him - managing to introduce a herbal ley, mob grazing and no-till cropping to Home Farm. But Brian is not a convert to Adam’s way of thinking and the farm’s future is still under question.

Adam is married to long-term partner Ian, but has given in to temptation on two occasions - firstly, with Polish strawberry-picker Pawel and secondly with estates manager Charlie Thomas. Ian has stuck by Adam despite Adam's affairs becoming public knowledge at Helen's trial.

Without the soil, we have no future!
Adam Macy

Andrew was born in Banbury, Oxfordshire, but now lives in London. His grandfather and uncle were farmers at Home Farm (sounds familiar?), Sibford Ferris, near Banbury, where his mother also grew up. She went to school in the village – the same school as Godfrey Baseley, creator of The Archers. 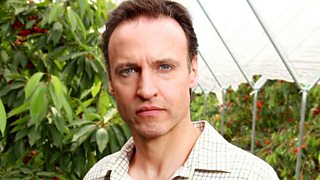 Andrew has worked with numerous theatre companies throughout the UK. Leading roles include Tartuffe, Rochester in Jane Eyre, Alec in Tess of the D’Urbervilles, Vronsky in Anna Karenina, and the Actor in The Woman in Black.

In 2009 he toured in a Bath Theatre Royal revival of Lloyd George Knew My Father with Edward Fox.

He has performed in countless dramas, serials, comedies and readings for BBC Radio, including Book at Bedtime and the Afternoon Story. He’s recorded fifty audio books. Twice he has been a member of the BBC Radio Drama Company and he plays Simon in the award-winning Radio 4 comedy Clare In The Community.

Playing Jack Absolute in The Rivals in Vienna has to be a career highlight. A great part in a wonderful play in an amazing city.

I’ve also had the good fortune to play many of Shakespeare’s mavericks – Malvolio, Jaques and Mercutio. I also loved playing the bluffing and disguise in Sleuth.

I was lucky enough to play against type as a gangster, Louie, in Neil Simon’s Lost In Yonkers, the closest I’ll get to being in The Sopranos. 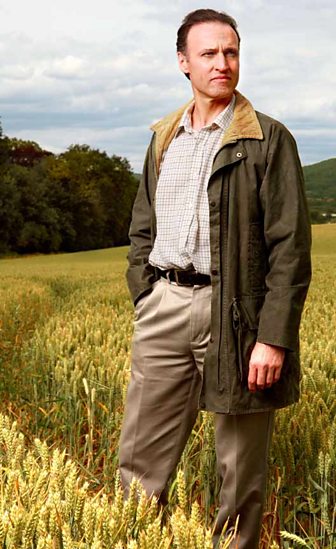