Winner of Strictly 2015! Russian Aliona is a dance force to be reckoned with! 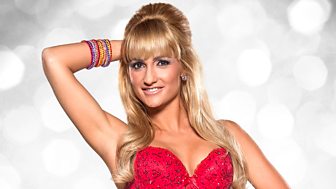 Aliona first appeared on Strictly in 2009 when she was paired with Rav Wilding. The couple left the competition in week three with Aliona commenting that ''Rav was such a lovely guy; it was such a shame to go out so early''.

I am the pussycat of the Ballroom world!
Aliona Vilani

In 2010, Aliona was partnered with The One Show presenter Matt Baker. The pair danced together to the final, however came second as they lost out to Kara Tointon and Artem Chigvintsev.

In 2011, Aliona saw success as she won series nine with Harry Judd. When Aliona first joined Strictly she thought the judges were shocked by some of her more modern, risqué choreography. But with her success of winning with Harry, it seems the judges had warmed to her innovative ideas.

Alas, for the next three series, Aliona's winning streak did not continue. In 2012, while teamed with veteran TV Presenter Johnny Ball, Aliona picked up a hairline fracture during training and bowed out early, only for Johnny to be voted out in week one. The following year’s competition was not much better for Aliona. In 2013, she and professional golfer Tony Jacklin were sent to the clubhouse in week two after their golf-themed Charleston scored joint bottom with Julien Macdonald and Janette Manrara. Sadly 2014 wasn’t Alioni’s year either as she and her partner, Masterchef presenter Gregg Wallace, were the first couple to leave the Strictly dancefloor.

That was all to change, in 2015 Aliona and partner Jay McGuiness became the 13th Champions to lift the Glitterball Trophy after a thrilling Final in the Strictly Ballroom. Wowing the Judges with three amazing dances: Their Quickstep (for their Judge’s pick) to ‘My Generation’, which scored them 36; their Showdance to ‘Can’t Feel my Face’ which scored them 35 points; and their Paso Doble to ‘It’s My Life’ as their Favourite Pick, for which they scored 39 points, and a comment from Darcey that: “You are number one in my book!”

At the age of five, Aliona was enrolled in the arts gymnasium for classical ballet and performing arts. She started ballroom dancing in Russia when she turned 11 years old. Soon after this she began making the finals in Eastern European competitions.

In 1997, Aliona was invited to go to the United States to be a member of the Kaiser Dance Academy in Brooklyn, New York. It was here that she started learning Salsa, Hip Hop and Jazz in the prestigious Broadway Dance Center in New York.

Aliona moved to Los Angeles in 2006 and has continued competing, dancing in shows and teaching there since.

Aliona loves to draw. She has an art major of excellence in Fashion Design, Costume Design and Painting.

Aliona's also an outdoor type of girl and an avid skier. Her parents met at a ski resort and started her on the slopes at the age of 5, and since then she's skied everywhere from Russia to Colorado.

Her speciality is Ten Dance. 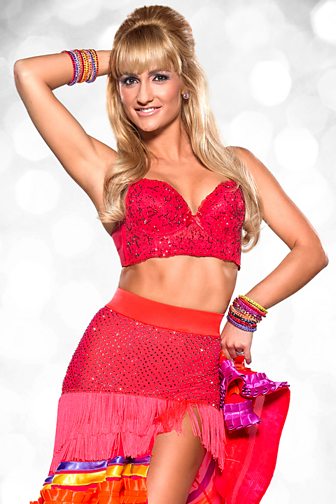