Martha grew up in Dublin, Sussex and Edinburgh. 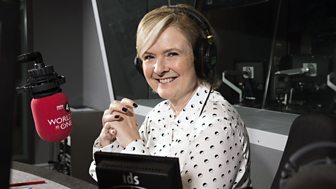 Her first job in broadcasting was as a phone-in operator at LBC/IRN Radio in London before becoming a reporter, presenter and lobby correspondent there. She joined Channel Four in 1987 as a reporter on A Week in Politics. Her career in current affairs continued on the BBC’s On The Record, Panorama and Newsnight. where she made films inside Holloway prison and with drug addicts in Glasgow as well as reporting from India, Pakistan and Nicaragua.

In 2000 she became Newsnight’s political editor. Martha has covered every election since 1987 and interviewed every British Prime Minister since then.

Martha covered the Troubles in Northern Ireland for many years and was given a BAFTA nomination as a result. She broke the news of secret talks between Martin McGuinness and the British government. She interviewed (off camera) paramilitary prisoners in the Maze prison and later made a documentary about the history of the jail. She also made a documentary about the Good Friday Agreement which included interviews with the key players.

Martha’s family lived in Pennsylvania for many years and she’s covered every US election since 1988. That’s included interviews with many American politicians including Hillary Clinton, Condoleezza Rice, John McCain, Nancy Pelosi and Bob Dole.

She became the lead presenter of The World at One in 2007 conducting many news making interviews and seeing an increase in the audience. Martha has travelled to Afghanistan three times since 2002 most recently accompanying the head of the British Army.

Her awards include Political Commentator of the Year (House Magazine), Radio Presenter of the Year (TRIC) and Best Individual Contribution to Radio (Voice of Listener and Viewer).

Her television work includes documentaries on Jane Austen, Lewis Carroll and the Bronte sisters, Great Irish Journeys, several series about the honey bee and one about the Painted Lady butterfly. 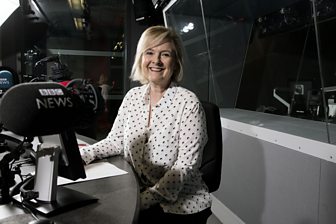