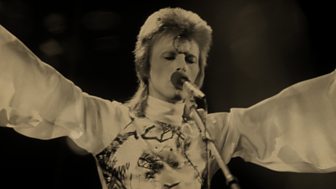 David Bowie’s cutting-edge music gave the world the sound of the future, today.

We can be heroes just for one day.

1. He was always at the cutting edge

Often adopting a series of personas, and never afraid to reinvent his sound, David Bowie was a constant musical innovator – keeping him ahead of the pack. The characters he created, from Ziggy Stardust to the Thin White Duke, allowed him to inhabit new sonic landscapes. And Bowie astutely picked the best collaborators to help him achieve his goals. Unlike many other musicians, he remained current for his entire career.

2. He was an early adopter

Bowie sang of the future, but he was also keen to embrace it off-record. An early champion of internet technology, his 1999 album Hours was the first by a major artist to be made available as a download (pub fact: Spotify founder Daniel Ek was just 16 at the time.) He also briefly ran an internet dial-up service called BowieNet.

3. He will be missed, but he left something special behind him

The announcement of David Bowie’s death on 10 January 2016 shocked the world. It wasn’t just that one of music’s greatest icons had passed, but he had just released a brand-new album the week before. Bowie had turned his own impending death from cancer into the inspiration for this final work: Black Star. On its release, fans and critics had speculated about the songs’ meaning for a week, before their true depth was revealed. Few of us are truly prepared to confront death but David Bowie turned his into art. 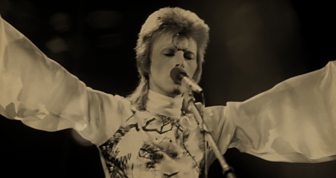