Helen Czerski is a physicist and oceanographer 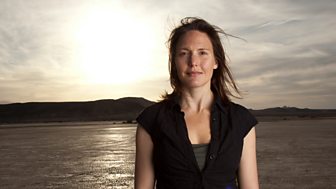 Every morning on my way to work, I go past a cluster of ducks bobbing about on the River Thames. I love living by a river, because you can see so many different sides to its character as the water height, flow speed, tides and the weather change. It’s the perfect example of why I love the world of physics – it lets you look at something very ordinary and see how things work, and how interconnected our world is. And once you’ve learned a bit of science in one place, you can see spot that pattern in lots of other places. Spotting a pattern somewhere new can really change your perspective. 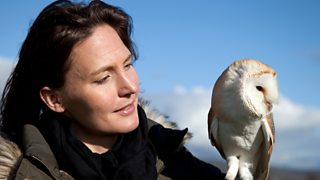 While working on this series, my perspective on those ducks changed. I see them squabbling and feeding and floating in all the colours of the rainbow, but if they look up from the water, they see me in all those colours and in the ultraviolet (UV). They can see things that I can’t.

The fabulous thing about working on these programmes is that I got to go out into animal kingdom, meet animals who sense aspects of their world that we’re oblivious to, and really satisfy my curiosity about how they manage it. Evolution has provided the push for many species to grow weird and wonderful sensors as part of their own bodies.

Sharks are masters of the sensory world - they pretty much have the full set, including fantastically sensitive one-way nostrils. Although I’ve spent plenty of time in the water with sharks, you don’t really get to inspect them close-up, because they are always moving. And when a shark scientist gave me a baby shark to hold underwater, it wriggled a bit, and then I turned it over and it just went limp. It was really weird. This is called tonic immobility, and all sharks do this if you turn them upside-down. I got to peer up its nose, then I turned it over, it came back to life and then it just swam off. It was a really odd experience. It was almost as though time stopped for the shark and then started again when it was the right way up.

In some cases, humans have re-invented what the animals have been doing for years. I found out that Cuban boas see bats in the infrared with exactly the same technique used by gamma-ray telescopes to see exploding stars in distant galaxies. The bandwidth-splitting used by calling tree frogs is used in our mobile phones so that both people on a call can hear and speak at the same time.

We think of detectors and sensors as being made out of metal and plastic, but these animals have grown cells of the right type and in the right place to construct fabulous natural ways of answering the question “what’s out there?”. During the past year, a few fascinating animals around the world have looked out at the world and they’ve seen a tv crew looking back. Watch the series to find out what both sides could see! 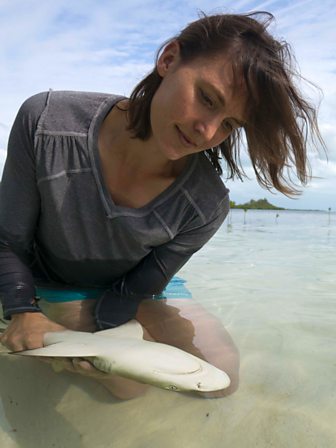