Carol presents the weather on our programme from a variety of locations on weekday mornings. 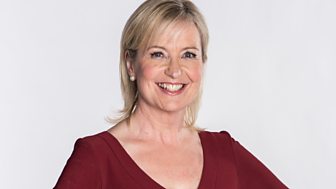 As well as her Breakfast duties, Carol fronted The Weather Show for the BBC News channel and she's also appeared regularly as part of The One Show's team of reporters on BBC One.

She has become a fixture for Breakfast's many outside broadcasts over the years too.

There's often a daredevil side to Carol's work. She can be found trying everything from racing high powered speed boats to a charity tandem ride for Children in Need. Somehow most Children in Need broadcasts find her trying something new, which usually involves dancing or singing live. She's appeared as part of the newsreaders' "Rocky Horror Show", The Weather Girls' "Raining Men", she's danced the Can-can and duetted on "Baby, It's Cold Outside".

In 2006 , she even learned to ice skate for charity - performing live for BBC One's New Year's Eve Special.

Carol's popularity with viewers of all ages means she's appeared on CBBC on many occasions - in particular with Sam and Mark's Top of the Pops Saturday TV show and Do Something Different. She's reported for the BBC's Holiday programme, appeared on Animal Hospital and worked alongside John Craven on Castle in the Country.

Even though she claims she has no culinary expertise, she's appeared several times on Ready, Steady, Cook! All of this is in addition to her regular job as one of the BBC's most experienced weather presenters - appearing on all BBC platforms both for radio, television and interactive services.

She's been recognised for this work by the Television and Radio Industry Club (TRIC), winning the award for best weather presenter six times!

Her soft Scottish brogue means she can be heard voicing a wide variety of audio projects from children's stories about fire breathing dragons to advice about digital TV.

Carol Kirkwood was born in Morar, Inverness-shire. She attended Lochaber High School in Fort William before going on to Napier University in Edinburgh, where she gained a BA in Commerce.

Her BBC career began when she became part of the secretarial reserve in London. In 1993 she joined the BBC's Television Training department at Elstree as a presenter.

On its launch, Carol was hired by The Weather Channel, presenting on satellite and cable television, as well as Talk Radio. Her training here and at the Met Office led to her joining the team at the BBC Weather Centre in 1998.

Carol has also worked as associate director for a head-hunting organisation and as a training consultant for a management consultancy in Cheshire.

On her days off, you will find Carol ensconced in a book, or singing and dancing! She also enjoys fishing, travelling and driving fast cars! 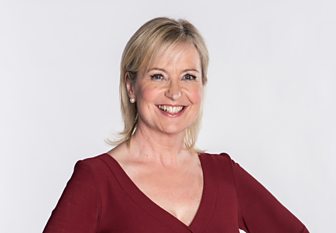