Kate is one of UNIT’s top people and the daughter of Brigadier Alistair Gordon Lethbridge-Stewart, the military man who was such a good friend to the Doctor. 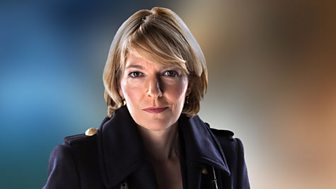 Kate Stewart is the Head of Scientific Research at UNIT, and as science now leads the organisation, that means she’s one of the people in charge. And so when millions of mysterious cubes began appearing on Earth she led the team tasked with monitoring and analysing them. After her research proved bootless and sensors detected a spike in Artron energy, she investigated and met the Doctor for the first time. He had been an old friend of her father’s and happily, the bond she soon developed with the Time Lord proved to be a strong and valued one.

Kate is intelligent, quick-witted and has a dry sense of humour. She is prone to moments of doubt and anguish when the odds seem overwhelming, and at one point the Doctor gently raised her morale, reminding her that her father never gave in to despair.

She shares many of the Brigadier’s qualities including loyalty and faith in the Doctor, as well as a strong desire to serve humanity. But her approach differs markedly. Whereas his tactics were predicated by a military attitude, she learnt from the wisdom he ultimately passed to her. ‘Science leads,’ she recalled her dad telling her. ‘He said he’d learnt that from an old friend…’

Kate’s most recent adventure sees her calling on the Doctor for help when Osgood is kidnapped by a rebel Zygon faction. It’s clear that the ceasefire, negotiated in The Day of the Doctor, has been broken. Kate is determined to bomb the rebel Zygon settlement, but the Doctor convinces her that this will only make the situation worse –threatening to radicalise every peaceful Zygon on the planet.

Kate follows a lead to Truth or Consequences in New Mexico, to try and find the route of the uprising. Here she encounters the one remaining inhabitant of the town, police officer Norlander, who explains how the trouble started – the accidental revelation of a young Zygon in true form, caused human panic, mayhem, distrust and violence. As the full horror of what happened in the town dawns on Kate, so does the fact that Norlander is actually a rebel Zygon agent. The next time we see ‘Kate’, we believe she is Norlander-Zygon in Kate’s form…

When the Doctor is reunited with ‘Kate’ in the UK, he plays along, pretending he doesn’t suspect she’s a Zygon. But the moment Bonnie instructs ‘Kate’ to capture the Doctor, she kills the Zygon backup instead, revealing she is still Kate after all - Kate overpowered Norlander and has been double bluffing since she left Truth or Consequences.

With the situation desperate, Kate is keen to resort to a deadly gas, Z-67, that will wipe out every Zygon on the planet. But the Doctor hasn’t made it that easy for her, or for Bonnie. They have a choice to make – the Doctor’s devised a game of chance to determine whether they destroy themselves, or their enemies, a scale model of war to make them THINK. ‘Do you know what thinking is? It’s a fancy word for changing your mind.’ And they do… 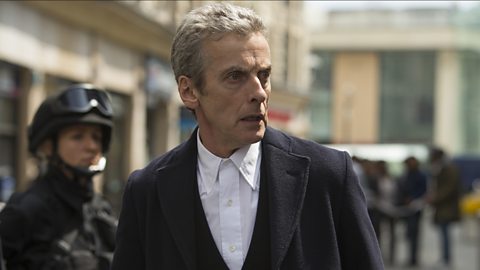 The Doctor faces his greatest challenge in the series finale: Death in Heaven. 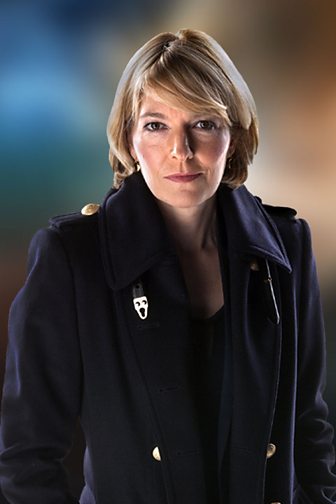 Characters from The Day of the Doctor