Tanya's a great mum - she's loving, caring, fun to be around and if your nails need doing, she'll have her beautician's kit round yours faster than you can say "acrylics". 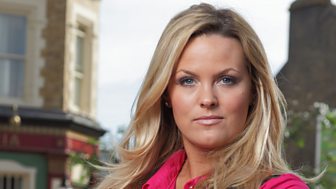 Family is paramount to Tanya. Max was the love of her life, but his affair with Stacey destroyed their marriage, and nearly destroyed her. Though she's had dalliances with Sean Slater, Jack Branning and even went up the aisle with Greg Jessop, it's Max she always goes back to.

This is the last time, Max...
Tanya Cross

Tanya may be one of Walford’s most loving mums, but she also has a wild side. So she's wise to any and all of the tricks pulled by her rebellious daughter, Lauren - she pulled them herself when she was the same age.

But life hasn't been a non-stop party for Tanya. She nursed her father through terminal cancer and agreed to put an end to his life, when he asked her. She was only 13. Her relationship with mother Cora has been strained ever since.

When she discovered that she had cancer, Tanya was transported back to the trauma of her father's disease. Fortunately, she has received the all-clear and is now able to live her life outside the shadow of illness.

Tanya and Max got engaged (again), and it seemed like happily ever after was finally going to happen for Tanya, with a magical Christmas Day wedding on the cards.

However, a knock on the door from Max’s estranged wife Kirsty soon put a spanner in the works! Tanya then found herself in the uncomfortable position of “the other woman”, but she tried her hardest to make Kirsty realise that Max only had eyes for her.

Kirsty finally succumbed to the constant pleas to give up and signed divorce papers for Max before leaving The Square... but this gesture seemed to make Max realise that he was actually still in love with her, a fact which he admitted to Tanya in a rare moment of honesty! Understandably, Tanya was not best pleased with this admission, and realised that enough was enough, throwing Max out of his family home and leaving The Square for some much needed thinking space.

Upon her return, she was not too impressed with how quickly Max got back with Kirsty! She accepted a date with Phil Mitchell to make Max jealous... but after making a bit of a show of herself with too much vino decided against taking things further.

When she found out that Kirsty was pregnant, she urged Max not to get rid of his child for her... as far as she was concerned, her and Max were done now that he had a family on the way with his new wife. Tanya had more pressing concerns at home... namely that daughter Lauren seemed to be getting far too drunk far too often! After, yet another, drunken confrontation Lauren admitted that it had been ages since she'd gone a whole day without a drink...

After Lauren's collapse at Abi's birthday party, she was diagnosed with acute liver damage and hepititis. Realising that her and Max's constant arguing had made for an unstable upbringing for their children, Tanya made the heartbreaking decision to leave Walford... and Max, for the good of their daughter. 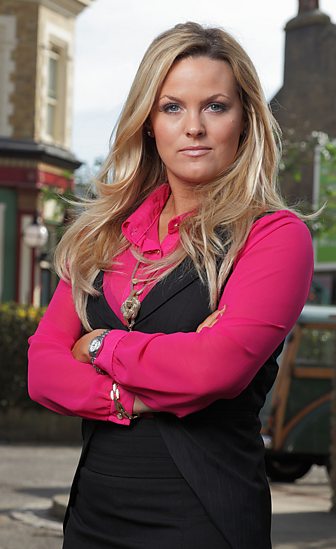