Award winning broadcaster, Steph McGovern has been working in financial journalism for over 13 years and has been part of the BBC Breakfast family for the last five. Steph travels all over the UK to cover economic and business news for the BBC and since joining Breakfast has broadcast live from over 500 businesses. Whether she’s talking to workers in factories or interviewing FTSE 100 chief executives in the studio, Steph makes it her mission to find out what’s going on in the real economy. 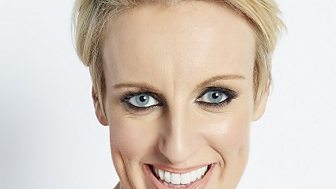 On top of this Steph regularly stands-in as a main presenter on Breakfast and this year launched two new shows, a primetime BBC One programme called ‘Shop Well For Less’ and a children’s TV show 'Pocket Money Pitch' for CBBC. This Autumn Steph will also be joining the presenting team on BBC One’s ‘Watchdog’.

Originally from Middlesbrough, Steph's first taste of BBC life came aged 19, when she made a guest appearance on a programme about women in science. Steph had just won the title of Young Engineer for Britain, after saving Black & Decker money on a design she created for their Leaf Hog product. Following her appearance, Steph secured work experience on Tomorrow's World and not long after, made it on to the payroll as a part-time researcher, while studying at University College London.

After graduating she became the main producer for daily financial news on the Today programme on Radio 4, securing interviews with top business leaders and running a number of foreign projects, including a stint in Chicago covering the trial of Conrad Black and a series from Brazil investigating the biofuels industry.

Two years later, within weeks of becoming the producer for the then economics editor, Evan Davis, the financial world was in meltdown. Steph has covered its developments ever since.
For three years Steph was the lead producer of business news on the BBC's main news bulletins working with the then business editor, Robert Peston.

Never shy of putting in the hours, Steph also spent time building up her own on-air profile, which included working as a business presenter on the Chris Evans show on Radio 2 and on BBC 5 live.

Along with her daily news duties, Steph is also involved in BBC community projects, such as BBC Outreach and BBC School Report. She is also a mentor for young people in Teesside and regularly runs workshops for schoolchildren around the North East.

And when she's not talking money or media, Steph is a former champion Irish dancer and still keeps her foot in, often attending international competitions, where she helps to coach dancers. 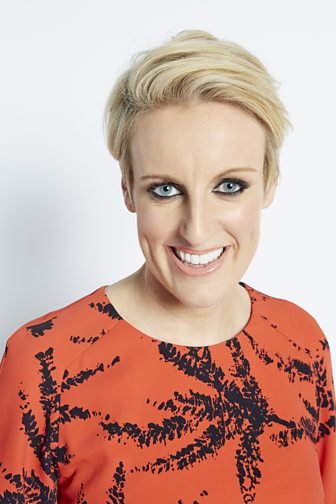